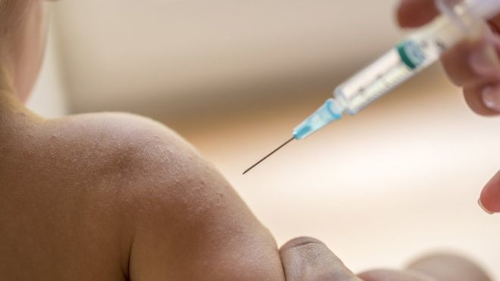 Politics aside, frequent trips to the doctor and tearful children can be deterrent enough for vaccines. A recent BBC News article says we may soon see a super vaccine that contains all the necessities in just one shot. The drug delivery solution, designed by a team at MIT, involves multiple vaccines stored in microscopic capsules that release an initial dose and then boosters at specific times. It includes:

-Diptheria, tetanus, whooping cough, polio, Hib and hepatitis B at eight, 12, and 16 weeks

-Pneumococcal jab at eight weeks, 16 weeks, and one year

-Men B vaccine at eight weeks, 16 weeks, and one year

-Hib/Men C vaccine at one year

-Measles, mumps, and rubella at one year, and three years and four months

It seems the proprietary part of the development is a new type of micro-particle that looks like a tiny cup of coffee filled with a vaccine and sealed with a lid. The shape and design of the cup can be modified to break down and disperse the contents at precisely the right time. The approach has been tested on lab mice, but has yet to be used on humans. If successful, it could be a breakthrough development for drug delivery, especially in the developing world.