The Food and Drug Administration has approved a groundbreaking immunotherapy drug to treat solid tumors anywhere in the body. 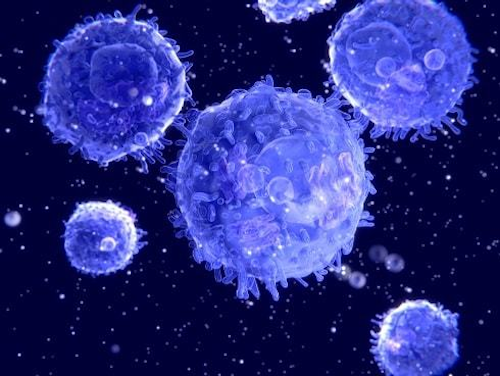 T-cells which are activated to fight cancer by Pembrolizumab. / Image: NASA

A May 27th article from Singularity Archive discussed the approval of a milestone drug, pembrolizumab, capable of treating solid tumors. The drug will attack any tumor anywhere in the body as long as it has a matching genetic biomarker prevalent in colon and intestinal cancers, but also found in prostate, bladder, thyroid, and breast cancers.

In one clinical trial, the drug induced complete or partial tumor shrinkage in roughly 40% of patients with one of 15 end-stage cancers. A second clinical trial halted tumor growth or induced tumor shrinkage in 57% of late-stage cancer patients, and 80% of patients were still alive a year later. The drug was approved once before to combat other cancers such as head and neck, melanoma, and Hodgkin’s lymphoma. The article notes that machine learning could also increase the rate of research by “rapidly intensifying useful molecular pathways for cancer drugs to exploit.”