In anticipation of the Nov. 27, 2017 DSCSA deadline, software provider Adents beefs up its team to accommodate pharmaceutical demand. 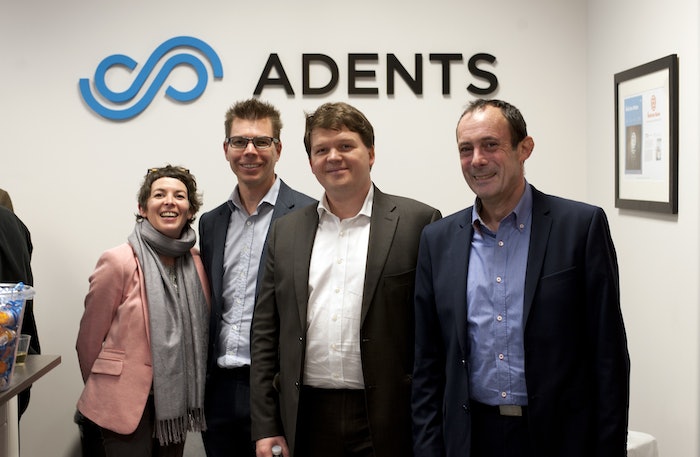 Adents, a provider of serialization and track-and-trace software solutions, continues to ramp up its U.S. operation in anticipation of upcoming serialization deadlines. Though full implementation of 2013’s Drug Supply Chain Security Act will be phased in over the next decade, the next milestone for manufacturers is November 27, 2017, by which date pharmaceutical manufacturers are required to print a unique product identification code on all Rx units of sale and homogenous cases distributed domestically.

Christophe Devins, Adents’ Co-Founder and CEO of Adents, recently arrived in the U.S. to run the Americas operations. Devins, who co-created Adents with business partner David Carpentier in 2007, has a 25-year track record in serialization and traceability among different industries, and played a major role in designing Adents’ software for unit identification and traceability applications, which incorporate high-speed serialization and real-time global unit traceability into existing production platforms.

Adents’ serialization and aggregation suite of software enables companies to achieve traceability and documentation compliance, addressing both current and emerging regulations while also minimizing impact on production processes and productivity. The company’s unit identification and traceability software is flexible, scalable, and quick to deploy as it does not require add-on hardware. It also helps enrich marketing and eliminate counterfeiting.

Before joining Adents as VP Partners, Americas, Jim Cummings, who has extensive background in instrumentation, automation and information systems for manufacturing, was founder and president of a systems integration company, and a founding member and chairman of the Control Systems Integrators Association (CSIA).

Adents also has added Stephen Graham as Vice President of Sales—Americas. With 25 years of sales management experience, Graham served most recently as a Regional VP of Sales and Marketing for Infor in New York City.

Adents also has hired Fabrice Guerin as Vice President of Marketing – Americas, where he will focus on developing brand awareness, generating new leads and ensuring seamless synergy with the company’s European team in France. Guerin had served as marketing director of the software company Antvoice, and the consulting firm, Atlays.

“By proactively enhancing our level of staffing and expertise with top talent, Adents is fully ensuring our ability to accommodate the increased level of demand that has begun in anticipation of the looming November 2017 serialization deadline—as well as to meet future demand moving forward,” says Devins.