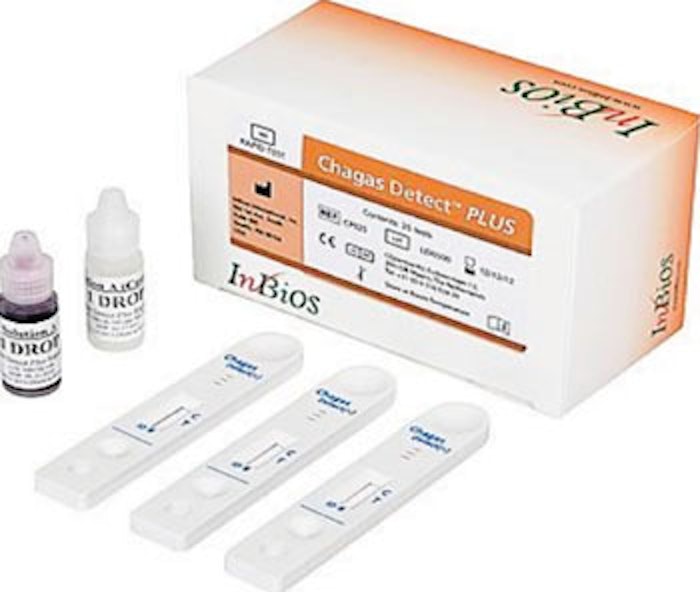 A recent article from prweb disclosed the FDA’s clearance of InBios’ Chagas Detect Plus (CDP) Rapid Diagnostic Test Kit. CDP is the first point-of-care rapid in vitro diagnostic device to receive the FDA’s 510K Clearance. CDP is a simple non-invasive test consisting of just two steps that yield results in roughly 20 minutes with 95% sensitivity and specificity. The kit can be stored at room temperature for up to two years.

Up until now, Chagas disease has been considered a neglected parasitic infection in the United States despite reports in at least four states. Chagas is caused by the T. cruzi parasite, which is transmitted to animals and humans via contact with feces or urine of triatomine bugs, adorably referred to as “kissing bugs.” Chagas affects roughly six to seven million people worldwide and can last a lifetime if left untreated.