Busting myths about experimentation vs. modeling in parenteral packaging 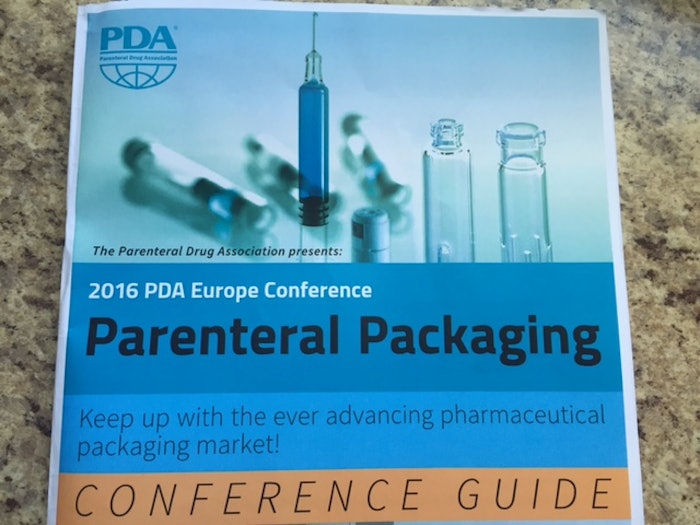 There is a myth in the parenteral packaging community that experimentation is better than modeling, says Ronald Iacocca of Eli Lilly.

More experiments and more data must be better.

Unless, of course, it isn’t adding any meaning to your interpretation, Iacocca told the audience at PDA’s Parenteral Packaging Conference in Venice, Italy.

And then, there’s the myth that there is no data in modeling, which is wrong, said Iacocca. In fact, years and years of data have been loaded into the model.

Neither experimentation nor modeling is 100% right or wrong, concedes Iacocca, but Eli Lilly is starting to use FEA (Finite Element Analysis) to diagnose and predict structural problems in syringes and other medical devices.

Finite element analysis (FEA) is the modeling of products and systems in a virtual environment, for the purpose of finding and solving potential (or existing) structural or performance issues.

It can get very expensive to continually experiment, and “cutting steel” to make a device is terribly time consuming. FEA is a blank slate that can give you a better place to start. Is there a geometric flaw in our design or are we using the wrong materials?

One example Iacocca showed the audience was a broken glass cartridge in an insulin pen. Most likely, these cracks initiate with plunger insertion, it was thought. But where and when are the defects occurring? What experiment can replicate this?

In modeling the glass and the stress exerted with the plunger as well as the back pressure of liquid, it was determined that plunger and glass were well-suited for each other.

The model showed that the plunger itself would not cause the glass to crack.

However, the model did reveal that if there was already a defect in the glass, the crack could grow as plunger moved down, eventually causing catastrophic failure.

It was determined that Lilly should really be worrying about crack initiation, not the growth of cracks—the damage was occurring way up stream, not with the patient.

They concentrated on the fill/finish sites and machinery and worked to reduce glass breakage by redesigning the angle of an in-feed for the syringes that had been causing product to collect in one corner and scuff and crack before being filled.

Lilly would never take a commercial product to market without testing, but according to Iacocca, if the experiment is good, modeling is better.

And Iacocca’s personal opinion is that we are going to see FEA data like this going into device submissions.

A device might have 20 parts, how are you going to show through testing that you are getting closure, proper dosing, etc., inside the device, he asked?

You run your models with high and low extremes and see your data.

So the same analysis used to determine strengths and weaknesses in bridges, skyscrapers and aircraft is starting to be used in the life sciences for drug delivery devices.

There are visible differences between the candidate and the placebo in this international Phase III trial. The blinding system combines a cap system that completely covers the vial with a booklet label for multilingual product information.
Keren Sookne
Sep 17th, 2020
More in Pharmaceutical