CRISPR Technology Embarks on ‘Fantastic Voyage’: What is Packaging’s Role? Part I 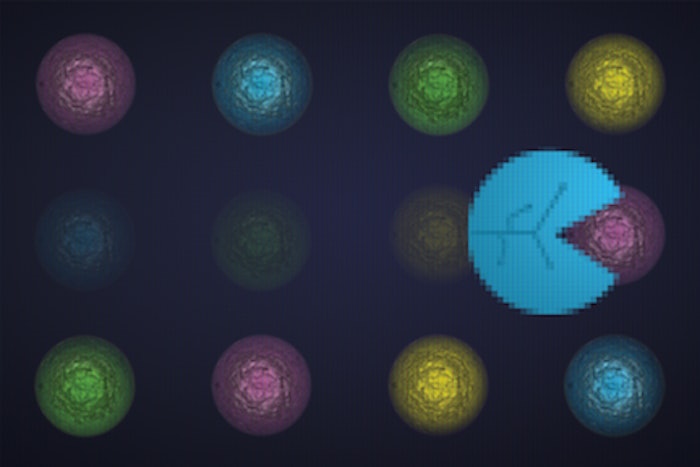 Perhaps some of you can remember the 1966 science fiction film Fantastic Voyage, in which a crew of experts were shrunk into a microscopic-sized submarine to venture through the body of an injured scientist in an effort to repair damage to his brain.

Although such a journey once did seem “fantastic,” developing genomic research and gene editing tools may make disease repairs possible inside humans and animals. CRISPR, or Clustered Regularly Interspaced Short Palindromic Repeats, is just such a tool.

According to Harvard University’s Graduate School of Arts and Sciences, CRISPR represents, “a revolution [that] has seized the scientific community. …and it has changed not only the way basic research is conducted, but also the way we can now think about treating diseases.”

In a May 26, 2017 Wired article, “CRISPR kills HIV and eats Zika ‘like Pac-man.’ It’s next target? Cancer,” author Victoria Woollaston pointed to CRISPR-related HIV research, noting: “Since the HIV research was published, a team of biologists at University of California, Berkeley, described 10 new CRISPR enzymes that, once activated, are said to ‘behave like Pac-Man’ to chew through RNA in a way that could be used as sensitive detectors of infectious viruses.”

Although the technology has applications in agriculture, materials manufacturing, and energy, CRISPR as a gene-editing tool enables precise molecular changes within DNA coding in an effort to treat human illnesses caused by genetic mutations. The technology packs the potential to treat—and ideally cure—virtually thousands of diseases, according to a recent 60 Minutes report. By correcting defective genes, the hope is it could eventually eradicate many chronic or deadly diseases. But will CRISPR be a medical miracle—a panacea for all that ails us?

Not so fast, says Michael Drues, Ph.D., and President of Vascular Sciences. He acknowledges that CRISPR has received considerable media attention, although he identifies it as one of several gene-editing/gene splicing/DNA amplification technologies. “CRISPR and related technologies stem from the biotech revolution that began in the 1970s,” says the former Healthcare Packaging Contributing Editor. He cites 3D printing as an analogy, noting “there are different iterations of gene-editing just as there are different varieties of 3D printers.”

Defining CRISPR’s actual composition isn’t easy. Drues refers to it as a biologic—enzymes or bacteria that could be suspended in liquid and injected into a patient.

CRISPR technology offers science and medicine a chance to do more than current medications that primarily treat disease symptoms. Drues cites diabetes mellitus as an example, explaining that gene editing could permanently repair defective gene(s) carrying the disease, ideally eliminating the need for patients to use insulin or oral drugs.

Like most biologics, CRISPR “materials” can be sensitive to factors such as temperature, pH, humidity, light, movement, etc. “Unlike drugs, these enzymes would represent a considerable packaging and handling challenge,” notes Drues.

He says gene editing and human genome factors possess the ability to forever change the present-day dynamic by delivering a faster approach to health care than traditional approaches, possibly at less cost. Imagine taking away the profit centers and income companies make with current and developing treatments. Such financial disruption could also affect producers of packaging materials, machinery, as well as related transportation and logistics services. “It will require a completely new way of thinking,” believes Drues.

Not everyone is bullish on CRISPR, however. A June 11, 2018 report in life sciences resource STAT, for example, cited studies by Novartis and Sweden’s Korolinska Institute, noting, “In the studies, published in Nature Medicine, scientists found that cells whose genomes are successfully edited by CRISPR-Cas9 have the potential to seed tumors inside a patient. That could make some CRISPR’d cells ticking time bombs.”

Despite the dire warning, CRISPR and related gene-editing research and treatment continues to progress on a global scale.

Part III explores how a company supplies both CRISPR gene-editing products and the packaging components used for them. The series concludes with a sidebar that forecasts the future of the CRISPR market.