Disrupt Before Being Disrupted

Disruptive consumer product brands represented by equally innovative packaging have the potential to own categories. Are you ready to stake out your territory as a disruptor? 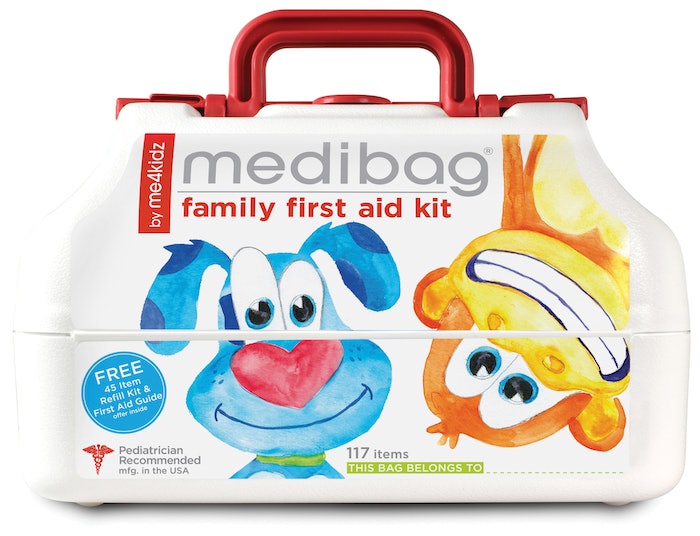 We admire brands that carve out unique niches within categories. We’re even more enamored by those that stake out new ground and join an elite group known as the “category of one.” These are brands that actually create new product categories because they dare to disrupt. They’re willing to take a stand to appeal to a small group of consumers to the exclusion of everyone else. That takes guts. And it takes branding by design.

Disruptors design their brands in 360 degrees. Every detail, including the product, the packaging, the marketing, and the experience of each consumer, is seamlessly integrated into a consistently presented, unique brand that brings something innovative into the marketplace. That’s why it’s so powerful. But here’s the thing: If a brand stakes out its ground as a disruptor, it has to build a culture that will keep on disrupting. Because if it doesn’t, another brand will come along and disrupt the disruptor. Bet on it.

That’s why we admire Apple. It’s the brand that isn’t afraid to disrupt itself. Every time we think that Apple has presented a terrific new product that can’t possibly be topped, the company does it again. And again. The brand has had its flops too. After all, there isn’t a single major brand that hasn’t had its failures. But industry leaders learn from their mistakes and continue to move forward.

Consider how cool every new Apple product design is and how it takes over one category after another: small portable computers (iPads), smartphones (iPhones), digital media players (iPods). These breakthrough consumer products have positioned Apple as a category of one brand. Think about how each product is delivered via sleek, high-tech packaging. Next, reflect on the enjoyment that we as consumers derive from unboxing a new Apple product. Not only is it a pleasurable experience, but it’s also one that we anticipate and savor. It also makes us look forward to more from the brand. Creating connections and driving experiences—that’s what disruptors do.

You break it, you own it

Smurfit Kappa, a global provider of paper-based packaging solutions, partnered with eye-tracking firm EyeSee to research the effect of disruptive packaging in the marketplace during the latter part of 2014. Their findings reported that disruptive packaging was noticed by 76% of shoppers within five seconds of viewing a shelf of competitive products in retail settings. It was also recalled by 79% of consumers after shopping. They also found that overall levels of “curiosity and interest” were three times higher than those for conventional packaging among consumers. The results of this study confirm that disruptive consumer product brands represented by equally innovative packaging have the potential to own categories.

Package design has to become the personification of all that a brand is and it has to tell the story succinctly and in a unique manner. Mintel’s “Global Packaging Trends 2017” report states that there’s a “sea of packaging that all looks the same and suffers from information overload.” Translation: There’s still not enough disruption. These reports confirm what we’ve always known: We need more disruptive packaging with well-conceived, limited visual and verbal brand communication, so that brands can do more than settle for a small piece of a large pie. They can own the category.

Competing with the biggest and the baddest

All kids get cuts, bumps, bruises, and scrapes, but none of them enjoys being administered first aid to repair these little hurts. After the birth of their first son, Pete and Richelle Nassos understood that. They became entrepreneurs, deciding to launch products to deliver first aid treatment for children by lessening the fear they attach to the process. The Me4Kidz brand was born in 2004 with the mom-and-pop operation packaging its own products at first. There was a kid-friendly, brightly-colored Medibag, shaped like a doctor’s bag, filled with bandages, wipes, gauze pads, tweezers, and antiseptic ointments and creams, which was ideal for use at home and on trips. And then compact, colorful Medibuddy First Aid Kits were launched with 50 essential items. Medibuddy packaging was designed to fit into backpacks, gym lockers, purses, glove boxes, and baby bags.

As the product line began to grow, and as more domestic and international retailers began to carry it, the brand owners came to a realization. In a FUSE interview in 2011, Richelle Nassos stated, “Me4Kidz resides on-shelf next to some of the biggest names in the industry: Johnson & Johnson, American Red Cross, The First Years. …We knew that we had to do something to stand out next to these big guys because it was tough competition. My husband and I realized that it was the packaging.” After refreshing their package design in 2010 with the assistance of a professional package design consultancy, Richelle commented, “It’s grown our business substantially. So packaging is key.” And, it’s proof that existing brands benefit hugely from disruptive package design overhauls, giving them more of an advantage among established category leaders.

Me4Kidz continues to update its packaging. As new products appear in adjacent categories, they too benefit from disruptive packaging. Colorful, friendly characters with smiling faces populate the Medibag to reassure injured kids. The characters stand out on stark white packaging with a red handle. The vertically-positioned Me4Kidz brand identity appears on the upper left-hand side of the package, and a blue call-out offering free refills and a first aid guide appears on the lower left. Beneath that, the all-important words, “Pediatrician recommended,” and the AMA seal reassure parents.

The cool, updated Medibuddy packaging features eight lighthearted, goofy character designs covering the entire front panel of each package. The brand identity appears on the left-hand side of the package. The only other brand communication says, “First Aid Kit” under the Medibuddy logo with a red call-out beneath them that states, “50 items.” Any child who is being treated for minor injuries is bound to have their attention diverted in an entertaining manner thanks to Me4Kidz’s innovative packaging for its first aid kits.