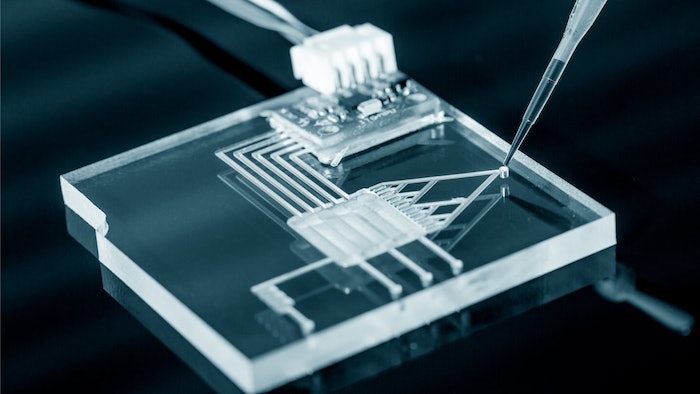 A February 18th article from SingularityHub reported on a new microchip that’s capable of diagnosing cancer and infections. The device, dubbed the FINP chip, is created with standard inkjet printing, takes 20 minutes to assemble, and costs a penny.

The process begins with any vector-drawing software, such as Adobe Illustrator, where a user can draw a customized electronic configuration. The electronic pattern is then printed onto a plastic-like sheet and added to single-use chambers.

Because the FINP chip sorts cells and biomolecules based on intrinsic electrical properties, the team was able to prove the concept by designing a chip with two types of chambers: one that isolates cells, and another that analyzes them. The device was validated with a test that efficiently captured breast cancer cells from a fluid sample. Because the cancer cells have a unique surface charge, researchers were able to manipulate the electronic field to corral the cancer cells to a specific chamber on the chip. In another experiment, the penny chip performed a cell count as well as the traditional $100,000 equipment.