Researchers from China and the U.S. have developed a pacemaker that harvests and stores energy from heartbeats. 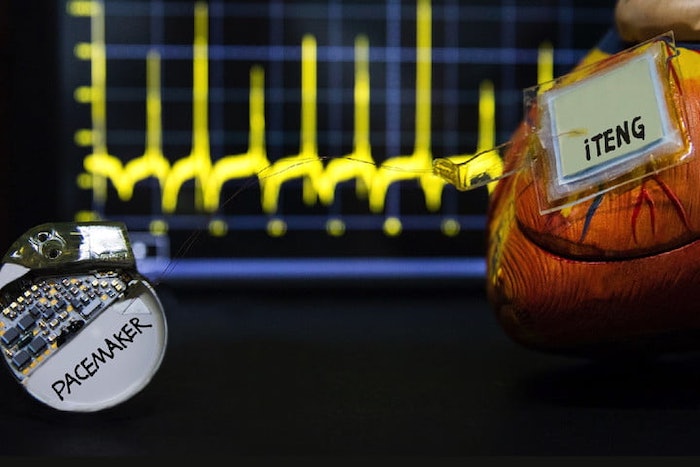 There’s no doubt that pacemakers save lives, but they don’t necessarily operate as efficiently as possible. Perhaps their biggest flaw is their reliance on bulky batteries that have short lifespans. However, a recent Digital Trends article reported on a new battery-free pacemaker that’s powered by the energy of heartbeats. Although the device hasn’t been tested on humans yet, trials on pigs, whose hearts are structurally very similar to humans’, were successful.

The device is called a symbiotic cardiac pacemaker (SPM), and it’s powered by an implantable triboelectric nanogenerator, or iTENG. Recent demonstrations showed that the energy output meets and actually exceeds the threshold necessary for a commercial medical human pacemaker. The technology could also have uses outside of cardiac pacemakers, including neural and muscle stimulators, devices for tissue repair, drug delivery systems, and consumer wearables.