Scientists are hoping a new ‘drug sponge’ will prevent chemotherapy drugs from poisoning other organs in the body. 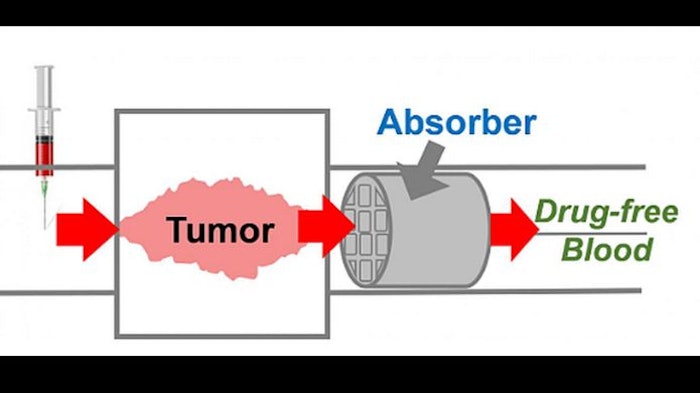 A recent BBC article discussed a new method to contain the damage caused by chemotherapy drugs. Scientists funded by the National Institutes of Health and The National Cancer Institute have developed a tiny sponge that rests inside veins and collects excess chemo drugs after they’ve attacked a tumor. They believe the tiny tactic could prevent side effects such as hair loss and nausea. The team behind the sponge has tested it on pigs, and now they want to test it in people.

Because the device is 3D-printed, each one can be custom fit to each individual patient. The sponge essentially acts as a tiny colander with a mesh interior that’s coated with a substance that absorbs drugs, but allows blood to flow through. In the pig tests, the sponge soaked up 64% of a chemo drug called doxorubicin. Best of all, the drugs stay in the sponge permanently, meaning it won’t leak out when the device is removed from the body.