Virtual reality headsets are being used to test people’s navigation skills to determine if they’re at risk of developing Alzheimer’s. 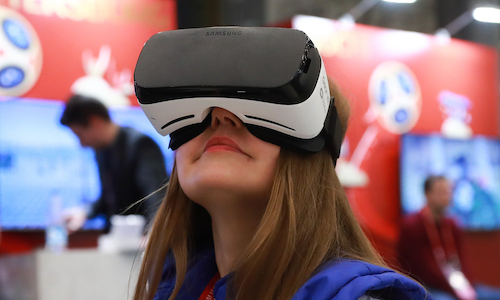 While there may not be a cure for Alzheimer’s, early detection is vital to treatment. A recent article from The Guardian noted a new method for spotting early signs of the memory loss disease, and it involves a headset. A few years ago, researchers discovered the link between the loss of navigational skills and Alzheimer’s disease, using tablets to test navigational tasks. Now, same team is taking it to the next level by having subjects navigate a simulated environment in virtual reality.

Scientists have recently identified a tiny area of the brain called the entorhinal cortex that is the hub for navigation control, and it seems to be the first part of the brain affected by Alzheimer’s. The goal of the study is to test people’s navigation skills in a virtual world. Those who score poorly could be demonstrating early signs of the disease. Until now, drug trials for Alzheimer’s have only been tested on patients already experiencing dementia from significant brain damage. By identifying those afflicted earlier, we may one day be able to prevent the onset of dementia.