Australian scientists have developed a paper bracelet that features a UV active ink that changes color when exposed to UV rays. 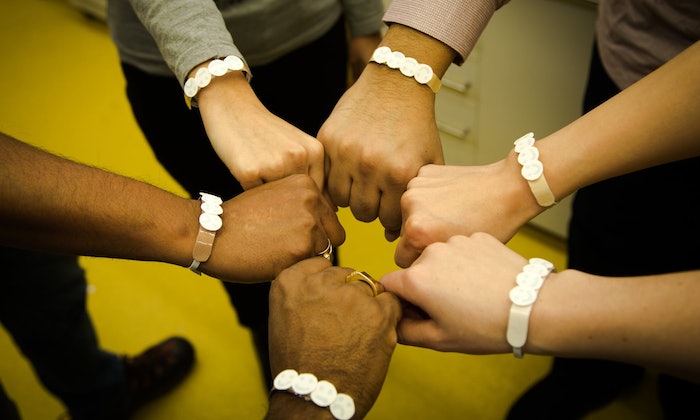 A September 25th article from The Guardian discussed an innovative new wristband designed to protect wearers from the harm of UV exposure. The wristband, developed at RMIT University in Australia, is composed of paper and features smiley and frowny faces printed with UV-sensitive ink. Different expressions appear in the sequence as UV exposure increases indicating it’s time for the wearer to apply sunscreen or cover up.

The team behind the wristband produced different versions for various skin tones in order to accommodate complexions that can tolerate greater UV exposure before damage occurs. The bracelet does have the potential to be another tool to help prevent sun damage, but a representative from the British Association of Dermatologists noted that they should not be considered a replacement for “sunscreen, protective clothing, or making use of shade.”