If ODing Isn’t Your Thing, Avoid the SynchroMed Drug Pumps

Medtronic recalls SynchroMed II and SynchroMed EL for unintended delivery of drugs that could lead to overdose. 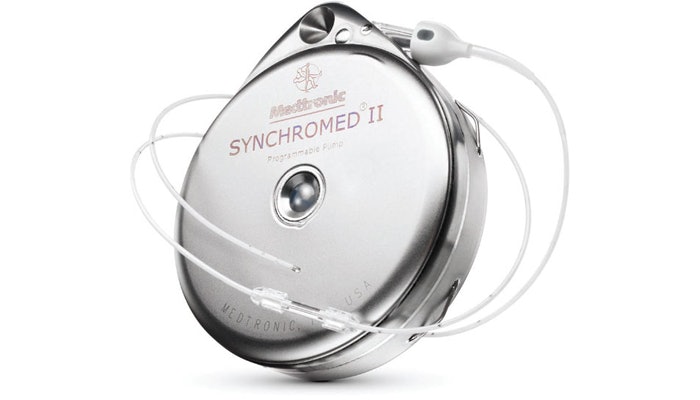 An FDA MedWatch article dated March 14th discussed the recall of Medtronic’s SynchroMed Implantable Infusion Pumps. The pumps are used to treat cancer, chronic pain, and severe spasticity by delivering drugs to a specific area in the patient’s body. However, a software glitch can cause the device to unintentionally release the drugs, resulting in overdose or under dose, which could lead to respiratory depression, coma, or even death.

Back in September, Medtronic released an Urgent Medical Device Correction notice informing affected customers of the software change, labeling change, and software card recommendations. It also instructed customers to continue using the devices until representatives could replace the software application cards with an updated version, an initiative they began the following month.