After experiencing firsthand the medicinal power of CBD, Bruce Bernstein launches UBIX Processing, a private-label manufacturer and packager of a range of CBD wellness and cosmetic products.

According to Bruce Bernstein, founder, President & CEO of UBIX Processing, his first experience with CBD was “like catching lightning in a bottle.” At 48, Bernstein, a telecom executive, learned the devastating news that he had prostate cancer. He was adamant though that conventional treatment was not for him. Says Bernstein, “I like to keep all my body parts in place, so I was one of those crazy guys looking for a naturopathic solution. Usually, as you know, those kinds of people wind up killing themselves. I don’t think I’m self-realized enough to understand that that was a potential. But I happened to be one of those idiots who actually pulled it off—I’m cancer free.”

In doing research on naturopathic therapies, Bernstein had come across information on the Internet that claimed cannabis could cure cancer. While he found the notion “absurd,” he gave it a try and began creating his own cannabis and CBD oils at his dining room table. Through experimentation, he found that cannabis oil gave him unbearable vertigo. But upon taking CBD oil for the first time, Bernstein—who was a chronic insomniac—began sleeping better than he had in years. Even more significant, though, was how rapidly his PSA numbers began dropping.

“Once this started happening, where the numbers started reversing, my wife, Britt [Stanford], and I basically said, ‘We’ve got to do something,’” says Bernstein. “It’s almost as if we caught lightning in a bottle. I felt like running down the street yelling like Paul Revere, ‘This is something amazing.’ This is something that everyone, whether they want to take it or not, should at least know is a powerful compound for good.”

As a result, in May 2014, Bernstein and Stanford founded UBIX, a Colorado Springs, Colo., company offering private-label and wholesale hemp-extracted CBD products for people and pets.

CBD, short for cannabidiol, is one of the compounds, or phytocannabinoids, found in cannabis plants. As Bernstein explains, there are more than 120 known cannabinoids in nature. Most people are more familiar with another compound in cannabis, THC, or tetrahydrocannabinol, which is the chemical responsible for most of marijuana’s psychoactive responses. While CBD is a component of marijuana, by itself it does not cause a “high.”

According to Bernstein, one of the biggest misconceptions regarding the cannabis industry is that there is a distinct difference between industrial hemp and cannabis. “At the end of the day,” he says, “it’s all cannabis.” The difference is a legal demarcation, established by the 2018 U.S. Farm Bill. According to the bill, cannabis and related products containing 0.3% THC or greater are classified as marijuana, which remains a Schedule I drug and is regulated as such. But cannabis plants and products containing <0.3% THC (which is considered to be merely a “trace amount”) are designated as industrial hemp, which is legal to possess and consume at a federal level. CBD is a hemp-derived product.

See: Despite Confusion Over CBD, Sales Projected to Grow

As Bernstein explains, CBD works with the body’s own endocannabinoid system. “The ECS is a network of receptors that spreads through our entire body and controls some of its most vital functions, including your immune system, memory, appetite, mood, and pain sensations,” he says. “When I first discovered this, it was almost like discovering a continent.”

When diseases are present in the body, the ECS system kicks into high gear, with ECS deficiency linked to a number of common illnesses, including migraines, fibromyalgia, and irritable bowel syndrome. “So, what cannabinoids do is they feed your endocannabinoid system so it can help regulate all functions in your body,” Bernstein says. “In other words, our bodies need cannabinoids.”

CBD has been shown in studies to reduce anxiety, attention deficits, and depression, and can also provide pain relief and lessen the frequency and severity of seizures. It’s also being used by consumers for a variety of other conditions, including PTSD, allergies and asthma, nausea, sleep disorders, and migraines, among others.

Given its 100% natural medicinal properties, CBD products have seen a meteoric rise in both use and popularity over the last few years. In 2019, a report from Brightfield Group noted that the hemp-derived CBD market is on track to grow to $23.7 billion through 2023, with the bulk of the growth coming from large retailers like CVS, Walgreens, and Kroger.

When UBIX launched, its services included everything from the extraction of the CBD oil from the hemp plant all the way through product formulation, manufacture, packaging, and fulfillment. Since then, however, Bernstein switched to buying the oil from farmers, who were able to offer him a better price than what it cost him to do his own extracting.

“We’re a private-label manufacturer, but we do R&D, prototyping, and co-packing,” he says. “We’re also doing a lot of reverse engineering and replication. And we’ve been doing some R&D for a private-equity firm where we’re making seven products for the customer. So, some customers have a very clear, concise ingredient list, and then there are others who don’t have a clue, so we’ll develop a formulation for them.”

See: CBD-oil brand design lit by the spirit of the ocean

Most of UBIX’s business is private label, but it also manufactures its own lines, which include a line of wellness products under the Nu Apothecary brand and Nu Remedy cosmetic products. The company’s product mix comprises roughly 85% topicals and 15% ingestibles. Topicals include balms, salves, and lotions. Its cosmetic line features hydrating oil, hyaluronic creams and serums, face creams, face washes, and much more. Ingestibles include tinctures, capsules, and gummies, among other products. UBIX offers a large stock of ready-to-ship CBD products, or, as mentioned, it can customize products and packaging to meet customer needs.

At presstime, Bernstein shared that UBIX is in the process of launching five different websites: two upscale sites—one called Baxter for pet products, and one called Golden, which will feature products for the 50-and-up demographic; two featuring products in the medium price range, for its Nu Apothecary and Nu Remedy lines; and a liquidation site, called Big Bad Bear. “So, we can be more daring with trying new things,” he says, “because if they don’t sell, we have the high end we can move to the medium, and if it doesn’t sell there, we can liquidate it.”

According to Bernstein, what differentiates UBIX is its creativity, its agility, and its analytics. “There are a lot of me-too products out there, and we do a really good job of customizing products and creating ensembles. For example, we just put together a beauty cream, an eye cream, a hyaluronic acid, and a hydrating product ensemble,” he says. “We can also quickly make modifications to products to meet customer requirements. We try to operate somewhat just-in-time, so we’re not overburdened by product on shelf.”

Because the CBD industry is not currently regulated, third-party testing resulting in a Certificate of Analysis (COA) for a product ensures its quality and purity. According to Bernstein, UBIX’s analytics are on-par with those of some of the larger CBD players. “I think maybe only 25% of the market is doing all the right things and being compliant,” Bernstein says. “So, from a level of compliance, we’re there.”

While many co-packers keep their packaging processes highly manual to remain flexible enough to produce different product sizes and configurations, UBIX is up and running with a number of automated filling systems. Among them is an automatic in-line liquid filling machine from REB, Inc., for its topicals. The REB-IVS has six filling heads and can produce about 75,000 units/day. Containers are capped using a semi-automated unit from SureKap.

Because UBIX changes its topical product formulations and packaging quite often, it was important when selecting the machine that changeover was a quick and easy. Pre-engineering, including cutting a channel in the floor at the plant and some piping within the machines, means that the REB-IVS can be sanitized and flushed out in approximately 30 to 40 minutes. Universal pressure adjustment for the filling heads allows UBIX to quickly change product viscosities with the turn of a switch. In terms of changeover for different package sizes, Bernstein explains that there are different piston sizes for packages above eight ounces. “But I would say that right now, one hundred percent of the product we’re filling is 1.7 to 2 ounce, or 3.4 to 4 ounce, and once in a while, we’ll get an eight ounce. So very rarely do we have to change the pistons.”

For its tinctures, UBIX has two Flexicon FlexFeed 20 fillers from Watson-Marlow, each of which can produce around 3,500 units/day. Secondary packaging operations are currently manual.

As for the packaging itself, UBIX provides an array of package types and sizes, depending on the product, and offers in-house graphic design teams to help customers create their own labels. Says Bernstein, whereas the biggest packaging concern for cannabis companies is the requirement for a child-proof container, the biggest packaging challenge for CBD producers is a lack of sophistication. “I’m encouraging my customers to pick up their packaging game and use better bottles that are more aesthetically pleasing,” he says. “I’ve been trying to make our cosmetic products look more like a Lancôme, by doing silk-screen printing and having a really sleek white on black or white on grey appearance. I just think there’s so much more ahead of us when it comes to presentation.”

UBIX is also working to add recycled-content and recyclable packaging to its offerings to meet consumer requests for these types of materials.

The potential for CBD products is massive, and it’s only just begun. “The market is going to be so huge,” relates Bernstein. “We talk about the cannabis space. I say that’s a micro market where it’s almost like a liquor store type of setup. In Colorado, it’s pretty much normalized where there’s a cannabis dispensary, and people or businesses make enough for their store. And it’s small batches. You’re not going to see cannabis in Target or Walmart—you’re going to see CBD. I’m already seeing it at King Soopers and Kroger.”

Because of this, he adds, he envisions much opportunity for cooperation among co-packers, including regional outsourcing of items such as food or beverages that are expensive to ship. He adds, “And working with known entities in the industry will limit unpleasant surprises, especially when co-packers have relationships with CPG and big box stores. I think that’s going to make this whole transition to retail and big-box stores much easier.”

In conclusion, Bernstein shares, “I have a tremendous reverence for this compound because it really saved me. So, we don’t make products just to make money; we make products because we really believe this is a powerful medicine. And, if it’s done properly, we will have a profound impact on the people who use our products.” 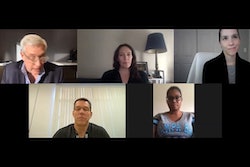 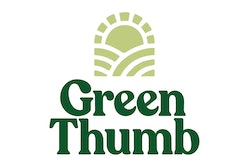 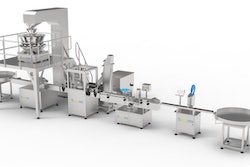