Allows project engineers and plant managers to design the company’s AquaGard conveyor to fit their exact application in a matter of minutes. 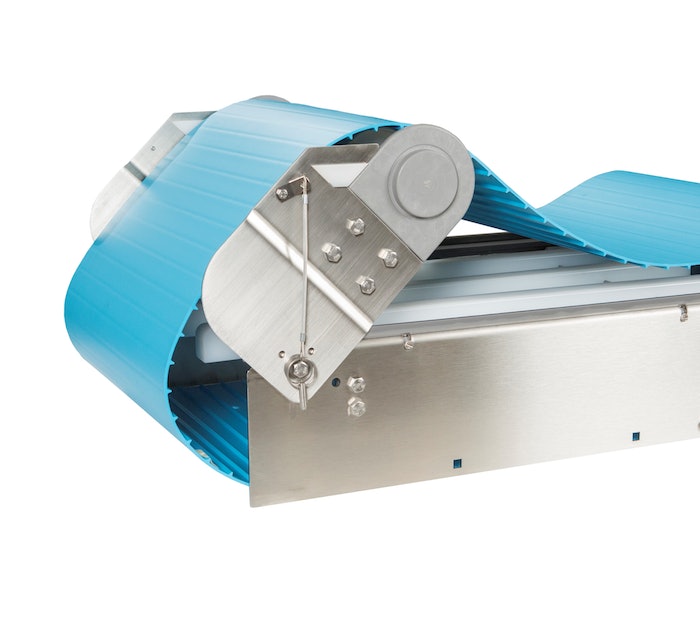 Allows project engineers and plant managers to design the company’s AquaGard conveyor to fit their exact application in a matter of minutes.

The AquaGard 7350 V2’sPositive DriveandLPZ(Flat and Cleated belt) models now on D-Tools give project engineers, plant managers and others the ability to easily design an AquaGard conveyor to fit their exact application in a matter of minutes.

D-Tools, which includes 2D and 3D CAD libraries and other functions, allows users to construct simple or complex conveyor packages, as well as individual components such as gearmotors and mounting packages, support stands and accessories.

The AquaGard 7350 V2 is built for numerous sanitary applications within baking, snack food, pharmaceutical, pet food, packaging and other industries that require occasional wipe-down cleanings of the conveyor. The new conveyor comes in belted, modular belt and positive drive models.

The platform provides a safe, advanced modular curve chain conveyor. The modular belt curve conveyor has no openings greater than the international standard of 4mm, even within the curves, which increases safety by eliminating pinch points for operators. Added safety measures are also achieved by covering the upper and lower chain edges, and fully containing the drive system, which reduces catenary belt sag and conveyor noise.

Features and benefits of the AquaGard 7350 V2 Positive Drive Conveyor include:

• Eliminates need to be tensioned or tracked

• Tip-up tails for access inside conveyor for cleaning and maintenance

Features and benefits of the AquaGard 7350 V2 LPZ Conveyor include:

Shemesh Automation will demonstrate a 200 ppm total solution canister wipes line at its $4MM showroom and spares inventory facility to selected market participants during the second half of 2021.
Shemesh Automation
Sep 22nd, 2020