Some of the most fragile infants depend on Mothers’ Milk Bank of Florida and its mission to provide safe, pasteurized donor human milk (DHM). The donated milk is distributed by prescription to babies that are preterm or are medically vulnerable, when the amount of milk from the infant’s mother is not quite enough to meet her baby’s nutritional needs. Breastmilk is vital for infants that are born premature or with certain medical conditions who need that milk to dramatically improve their chances to survive, grow, and thrive. Since human milk is species-specific, its bioavailability is nearly 100%, making it far more valuable and nutritional than formula.

Ensuring the safety of the milk supply entails careful donor qualification—similar to blood or human tissue banks—and precise labeling for tracking and tracing every unit of donated milk back to the original donor.

Each donation of milk is diligently tracked from receiving, to processing, to delivery at neonatal intensive care units. Processing includes nutritional analysis, bottling, and pasteurization. Each batch of milk is tested after pasteurization to certify there is no bacteria in the milk. Once the sealed containers are pasteurized, they are place in frozen storage until being shipped to hospitals to help newborns in need.

In general, neonatal milk is pasteurized in-bottle, “like Vlasic pickles,” jokes Kandis Natoli, PhD, the Executive Director at MMB, and an IBCLC (International Board-Certified Lactation Consultant) and Registered Nurse. Bottles are heated to 62.5°C for 30 minutes in pasteurizers. For years, MMB had used a labor-intensive pasteurization method that involved hand-tightening a cap. The insecure seal with this manual closing method didn’t allow for higher-capacity full-submersion pasteurization, so smaller pasteurization runs were all that were available.

“It used to be that we hand-poured all the bottles. And the type of bottle that we were using, we couldn’t submerge it in a pasteurizer,” Natoli says. “And as they were putting the caps on, one of my employees bruised her hand. I didn’t know you could bruise the palm of your hand.

“So, we made some big changes,” she continues. “As a first step, we invested in a different kind of pasteurizer and a different kind of bottle—a bottle that could be sealed [thus submerged completely for pasteurization]. But the sealer we were using at first just wasn’t sealing consistently.”

In fact, thanks to these bad seal in a full-submersion pasteurizer, the rate of loss was alarming. In a good run, as few as one in 10 bottles were lost, and sometimes as many as four in 10 were lost.

“That milk is irreplaceable. I can’t easily get more milk,” Natoli says. “In a given year, Florida might have 200,000, maybe 250,000 births. And out of all those births, only one in 500 of those mothers will become a donor because a lot of women just don’t have that kind of surplus milk. They make just enough for their own baby. In fact, you hear a lot more about women who feel they don’t have enough milk. It’s not a commodity that we can waste; we have to be good stewards.”

With product as valuable as donated neonatal milk, any loss is bad, but pushing 40% loss was unacceptable. The clinic needed a leak-proof solution and heard about Enercon through a medical equipment sales representative that provides tools and consumables to neonatal intensive care units.

Since then, the organization has ordered two Super Seal Juniors from Enercon to seal its 100-mL polypropylene bottles with 38-mm caps from UK-based supplier SteriFeed, who also manufactures the pasteurization equipment. The hand-held induction sealer gives a leak-proof, hermetic seal that allows full submersion for in-bottle pasteurization.

“We have found our Super Seal Juniors to be a perfect fit for our operation. Customer Service is optimal and includes tips for best practice and troubleshooting when using new seals or bottles,” Natoli says of the new system. “And now, we don’t have to throw away any more bottles because of broken seals or ineffective sealing.

“The whole process is so much better than what we were doing before, first with not being able to submerge the bottles,” she adds. “And we had to babysit the pasteurizer the whole time to watch the temperatures. Now, the machine does it automatically because we can submerge the bottles, and we don’t have to worry about leaks or waste. We went from being able to do 50 bottles in a run to 143 bottles in a run for the standard 100-mL sizes.”

“Each batch is individual, and every bottle has its own number,” Natoli says. “Like any human tissue, human milk must be traceable back to the original donor. If there’s one thing we learned through the suffering of the blood banking industry and other tissue banks during the HIV epidemic in the ’80s, we learned how to trace and track.”

That means labeling for track and trace is essential. But since donor milk is a single item ingredient—human milk, with no additives—no special ingredient information is required on the label. There are human milk-derived formulas on the market that fall under a different labeling schema because producers are adding ingredients or nutrients, like iron or phosphorus. That’s when it becomes formula, and is no longer a single item ingredient, thus the labeling requirements are different.

“But for the non-profit milk banks like ours, dealing with a single item ingredient, our label is small, has our name on it, has two-dimensional barcode on it. And it has the expiration date and we do post the calories categories on the label,” Kandis Natoli, PhD, the Executive Director at MMB, says. “We have 20-, 22-, and 24-calorie varieties, and we have a low-fat variety for special cases when the baby’s not able to tolerate much fat in the milk. And we just separate that by gravity separation or centrifuge, but again, it’s still a single item ingredient.”

Labels are printed on a Zebra label printer connected to the MMB database. Natoli says the printing, coding, and marking company has been a good resource for MMB as well.

“That’s because one of our founding recipient facilities, one that worked really hard to help get this milk bank open, really needed us to put that label on the cap instead of the bottle,” Natoli says. “Zebra had to help us work out a way to keep the label small enough and shaped to fit on the cap. They had to work with the company that does our database to make that possible as well. But scanning it by the cap works better for us, and we can scan while it’s being pasteurized. The hospitals and other recipient facilities end up preferring it since they treat donated, pasteurized milk almost like a medicine and label it themselves when it arrives. With our label on the cap, they can wrap their label around the rigid bottle.”

Finally, since donated milk isn’t a consumer product and spends no time on retail shelves or in typical supply chains, no tamper evidence is necessary. Pasteurized, bottled milk goes from MMB’s freezer storage to a transport carton, then directly to the neonatal intensive care unit.

Between diligent track and trace practices in labeling, and optimized induction sealing that allows for a higher-production, fully submerged pasteurization processes, Natoli is happy with where processes are now.

“This is a nonprofit, and the mission is to get this milk to the kids who need it most,” she says. “We can’t afford to throw away a bottle because a seal didn’t seal properly.”

Mothers’ Milk Bank of Florida is a member of the Human Milk Banking Association of North America and as such needs to follow strict standards to optimize the safety and quality of the milk. Under the guiding philosophy of Lean Manufacturing, Mothers’ Milk Bank applies the Usability Theory to test new products and procedures that might impact the donor milk. It asks a series of three questions: Is it accurate, precise, and reliable? Is it efficient with time, effort, and space? After staff accommodate to the change, do they find it preferable, easier, and better? Those three questions were posed when validating the new Enercon induction sealing and pasteurization process.
“The answer was a resounding yes to all three questions,” says Natoli, who’s productivity almost doubled when she combined induction sealing with a high-capacity pasteurizer. “The third question, regarding user-friendliness, was especially important to us. We wanted to know if the user likes it better than the previous process Sometimes you have a process that might be a tough learning curve, but then ends up being a wonderful thing regardless. Or sometimes it’s just easy right out at the starting gate, but as long as over a certain period of adaptation, the user prefers it, it’s a winner for us. But this was a winner right out of the gate. It was very easy. I would say inside of a week, we were very proficient.”  pw 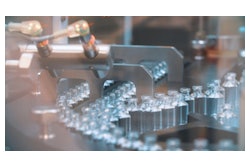 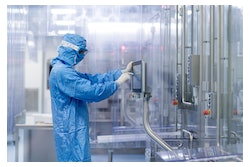 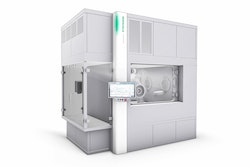 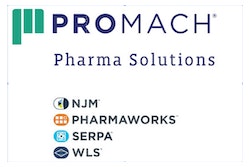