From advanced medical products to polymers to PLCs, recent reports point to continued growth in China. 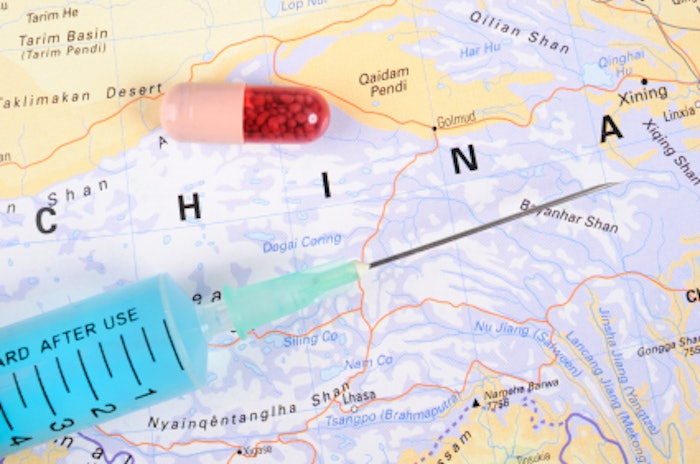 In July, OrthoStreams, a daily orthopedic news and commentary website, reported that China became the second-largest medical device market in the world, trailing only the U.S., although other reports put Japan in the number-two position.

“China is home to nearly one-fifth of the world’s population, and with 1.3 billion people and an expanding middle class, it has witnessed an almost unbelievable rise in healthcare consumption,” said the OrthoStreams article. “More citizens are spending more money on healthcare, including sophisticated medical devices. No wonder U.S. companies want to play the import/export game with this rising star.”

The Freedonia Group’s August 2013 “World Medical Device Packaging” report noted, “In the developing world, China will provide the largest and broadest sales opportunities for medical device containers and related accessories due to burgeoning domestic and export markets for its medical goods. Spurred by rising investment, China is evolving into a leading worldwide developer and supplier of technologically advanced medical products.”

“The Chinese medical polymer market is expected to be influenced by several factors such as the fast growth of the medical products market, establishment of pharmaceutical and medical device manufacturers in China, shifts by polymer manufacturers towards medical applications, production efficiency improvement, low emission standards and solutions for environmental constrains,” says the BCC report.

ARC notes, “While stagnation, debt crisis, an aging society, and engineering shortages in Europe are creating structural problems, emerging Asia will recover more quickly to become the largest PLC market from 2016 onwards. The current problems are mostly of a cyclical nature, and long-term indicators point nowhere but up. Still, the times of prolonged double-digit growth will not return.

“This development is being driven by demand in China and the emerging Asian market, which will continue to grow at above average rates. In addition to Japan; China, Korea, and Taiwan have now established themselves as part of the global machinery market. These markets will also shift towards more high-end automation in the forecast period, developing more sophisticated machinery for export.”

In April, the U.S. Food and Drug Administration requested a budget of $4.7 billion “to protect and promote the public health as part of the President’s fiscal year 2014 budget.” Among the items, FDA Commissioner Margaret A. Hamburg, M.D. asked for “an additional $10 million, above FY 2012, for overseeing the safety of goods from China. This increase will add 16 new inspectors in China, who can conduct more inspections and train Chinese counterparts, strengthening our ability to prevent safety problems before products reach the U.S.”