AirSep Corporation nitrogen generator products are being used to extend the shelf life of drugs manufactured by one of the largest pharmaceutical facilities in Uruguay, South America. This particular facility uses nitrogen gas to maintain an inert atmosphere for flasks, tanks, or pipes for pharmaceutical products. The remaining oxygen is removed from the ampoule or vial to seal the contents and protect them from exposure to air and contaminants.

AirSep Corporation, a division of CAIRE, began manufacturing oxygen generators in 1987 at its current Buffalo location. After 2016, the company leveraged its proprietary gas separation technology to add nitrogen generating equipment to its portfolio in order to meet increased commercial demands requiring applications by the healthcare, oil and gas, and food and beverage industries.

Because nitrogen is colorless, odorless, non-flammable, and usually does not react with other substances, it is considered an advantageous choice for many applications in the pharmaceutical industry, including safely handling raw components that are sensitive to oxygen to packaging the final product. Nitrogen works to displace oxygen and moisture which can cause the product to degrade overtime.  The AirSep PSA Nitrogen Generator, N2–AS-E, is designed to be able to produce a continuous supply of nitrogen, on-demand with 99.99 percent concentration. 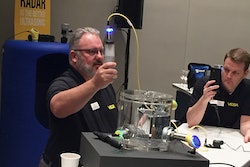 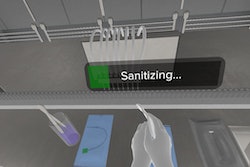 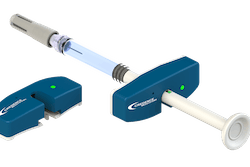