The global market for RFID technologies is more than $6 billion a year—but healthcare comprises only a small percentage of that number. Here’s a look at RFID’s role in the healthcare packaging sector. 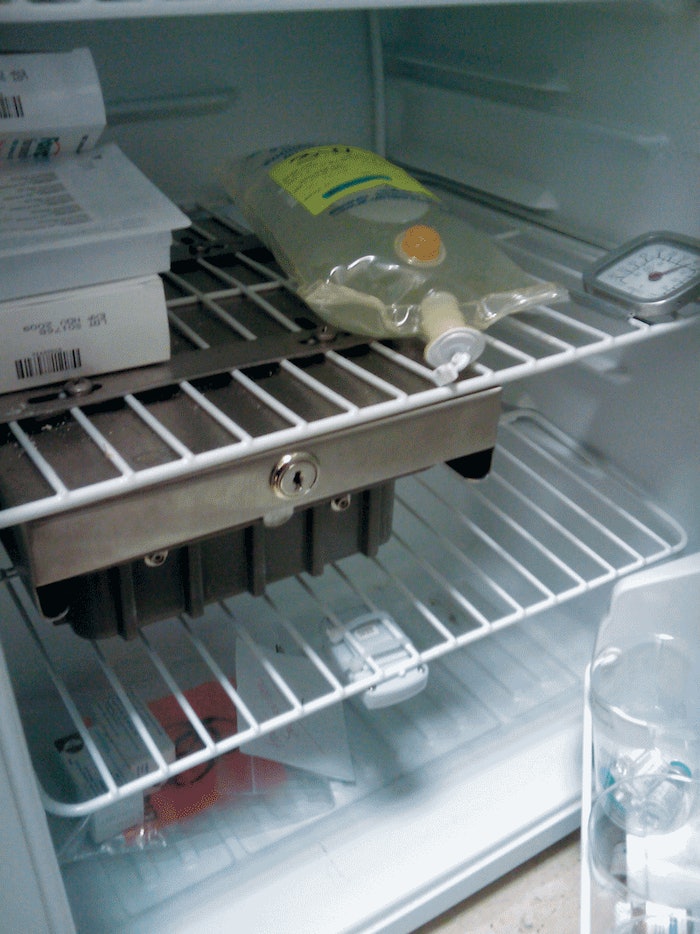 A decade ago, industry was buzzing with the promise of Radio Frequency Identification. Pfizer, GlaxoSmithKline, and Purdue Pharma set the example by successfully tagging Viagra, OxyContin, and Trizivir, an HIV medication, with RFID to track and trace these drugs through the supply chain. But other pharmaceutical companies did not follow suit. Today, RFID tagging at the primary packaging level is almost nonexistent.

The fervor over RFID was driven in part by California’s e-pedigree law requiring a unique identifier on each container of prescription drugs. While the law does not mandate specific technologies, RFID and 2D bar codes were identified as the two methods most likely to meet the law’s requirements. Today, most pharmaceutical companies are moving toward 2D bar codes to meet e-pedigree requirements, while RFID continues to be used mostly at the case and pallet level.

Dirk Rodgers, an independent consultant, Dirk Rodgers Consulting LLC, believes that RFID will only be used at the unit level for tracking pharmaceuticals if industry mandates it—and that is unlikely to occur. “There are a lot of people who don’t want to spend the money on RFID equipment,” he says, “and they have concerns about how it works.”

One of the reasons RFID has not been more widely adopted for supply chain logistics is cost. “Companies are concerned with the unit cost of RFID tags and not necessarily cost of ownership through their internal production lines,” says Bob Celeste, director of healthcare with the healthcare group for GS1 US, an organization that designs and implements global standards to improve supply chain efficiency. Many are favoring 2D bar codes because more and more companies further down the supply chain have already invested in the equipment needed to read these bar codes, he says.

Peter Harrop, chairman of IDTechEx, a research firm that covers technologies across the value chain, also blames the lack of standards for hampering the adoption of RFID technologies. “People are dying because of counterfeit drugs going through the legitimate supply chain,” he says. “It doesn’t matter if industry chooses ultra-high frequency UHF or high-frequency HF. Any decision is better than none.”

Furthermore, technical difficulties can play a role in limiting the use of RFID at the unit level. One of the benefits of RFID, says Rodgers, is you don’t need line-of-sight to read it, as you do with bar codes. However, this can also create problems: “If you’re just trying to read one bottle in front of you, but you’re standing in a distribution center where all the bottles and cases have RFID tags on them, it’s going to be hard to say whether the serial number I read is the one in my hand, the one that’s behind me on the shelf, or one of the many that are around it,” he explains. “You really can’t be sure.”

At the same time, the line-of-sight nature of bar codes can be problematic when trying to determine with 100% accuracy that the products packed inside a case are the correct ones. “There’s a lot of discussion both at the state and federal level between industry and regulators around what happens when what you think is inside the case is not in the case,” says Celeste. “That was not an issue with RFID because you pack the case and then read the items in the case. But with 2D bar codes, you need to read the items as they enter the case, and sometimes that creates challenges, especially with round bottles in orienting them quickly enough to read the bar code and then pack it into the case.”

Additionally, to satisfy e-pedigree requirements, sealed cases would have to be opened downstream to verify the contents using a bar-code reader. As Celeste points out, this could be problematic because every case would have to be opened in order to inspect every bottle inside. To address this issue, the California Board of Pharmacy is involved in discussions with industry regarding “inference,” which the law does not currently permit in place of item-level tracking or validation of e-pedigree data.

Celeste explains inference using the following example: “If we look at a sealed manufacturer’s case, and the manufacturer says these 12 bottles are in there, instead of opening the case we trust the manufacturer enough, based on visual inspection of the case or a prior working relationship with that manufacturer, to infer that those items are indeed in that case.” According to Celeste, inference raises concerns that industry will need to address: “What happens if we open a case of 12 and there are 11 items in there, or 13?” he says. “How do we deal with either the one that’s missing or that 13th one, based on the fact that we’ve inferred there were 12? Those are issues we need to work out.”

Although RFID has not taken hold in the pharmaceutical supply chain, its popularity is increasing in hospitals to track assets, such as the wheelchairs, and to monitor temperature-sensitive drugs.
“I think going forward we’ll see RFID being used in very specific areas, such as temperature tracking and a standardized way of transferring that data,” notes Celeste.

Lifespan, a health system of four hospitals in Rhode Island, deployed an active RFID solution from AeroScout to track doctors, manage assets, and monitor the temperature of more than 600 assets. By leveraging its existing Wi-Fi infrastructure, Lifespan monitors the temperature of hundreds of refrigerators that contain pharmaceuticals, blood, and research materials. “Previously, someone was assigned to take a temperature reading manually one to four times a day and write down those temperatures on a piece of paper,” explains Elaine Palm, director of IS infrastructure for Lifespan. “You can imagine how fraught with errors that process was.”

The tag sends temperature, location, and battery condition information to a database every five minutes, allowing a user to access that data through a Web interface in real time. Additionally, if the temperature goes out of range, and corrective action is taken, that information is input into the system. Soon after the system went live, a refrigeration unit in a cancer ward malfunctioned during an overnight shift. The RFID tag sent an alert to operations staff, who were able to move the expensive cancer drugs to another fridge, thereby preventing them from spoiling.

Lifespan is also using RFID to track assets, such as wheelchairs and IV pumps. As IDTechEx’s Harrop points out, RFID used for asset tracking and locating hospital staff is a booming business in the healthcare sector and does not require standardization. “A typical hospital loses a percentage of its assets every year,” he says. “Either they can’t find them, they’re stolen, or they’re being hoarded. These second-generation active RFID tags have been enormously popular in several hundred U.S. hospitals.”

Although RFID is being used successfully to monitor certain drugs in hospitals, there has been concern about the effect of RFID equipment on biologics. In November 2004, FDA issued a compliance policy guide (CPG) for conducting pilot studies for RFID tagging; however, the guide excluded biological products because FDA had insufficient information about the impact of RFID on biologics. Subsequently, a study conducted by researchers at the University of Florida and the Madison RFID lab at the University of Wisconsin found RFID technology safe and suitable for use in the presence of biologics. In July 2012, these research findings were published in the Journal of Pharmaceutical Science and Technology, produced by the Parenteral Drug Assn.

July 2012 marked FDA’s release of a draft regulation requiring a unique device identification (UDI) system for the medical/surgical supply chain. The regulation recognizes GS1 GTIN as a valid unique identifier for every level of packaging; however, it does not mandate whether the industry should use RFID or bar-code technology.

“I think the UDI will drive the use of RFID, but very little,” says John Roberts, director of healthcare with the healthcare group GS1 US. “The medical device industry is still struggling with bar coding their products, and most manufacturers will want to put bar codes on their products first. Secondly, in the medical device industry you have items like bandages [sold at a] low cost point. Do you really need an RFID tag to check cottonballs or Band-Aids?”

The UDI also raises infrastructure concerns. “The hospitals have to capture the GTIN, and if they want to capture a serial number, they need to change their material management information systems [MMIS],” notes Roberts. “That infrastructure has to be built up.” Roberts believes that FDA’s UDI regulation, in addition to pharmaceutical e-pedigree requirements, will help grow the infrastructure and in turn drive the adoption of RFID in the future.

In September, GS1 was scheduled to release a guideline for applying GS1 standards to the pharmaceutical supply chain. “The guide includes how to tag and use RFID,” notes Celeste. “It shows the interoperability between RFID and bar codes and the systems that need to support those for tracking items through the supply chain.”

Some believe that as the technology improves and prices decrease, the industry will see a surge in the use of RFID. Others point to the apparel industry’s use of RFID as an indicator of things to come in the healthcare sector.

“There’s a large uptick in the apparel industry for using RFID,” notes Celeste. “Eventually, that will bring the cost of tags down, which may drop them to a range that’s more attractive to the industry. So things that are happening even outside of healthcare will eventually affect healthcare by providing better, cheaper products.”

PHOTO: Tags placed directly in refrigerators require no hard wires and are easy to deploy. They monitor temperature ranges of pharmaceuticals, vaccines, blood bags, lab samples and other items.

Company develops help tool for narrowing down the options for choosing an inkjet ink for pharmaceutical and nutraceutical packaging.
Jul 14th, 2021
More in Labeling/Printing