According to the CAHC, lack of medical adherence leads to 125,000 deaths per year, $290 billion in annual costs, and accounts for 69% of all medical-related hospital admittance. White said that nearly one in five prescriptions is never filled, leading many patients to require additional medical attention and hospital care and increasing national healthcare costs.

In a report issued by the Congressional Budget Office in November 2012, it was stated that a 1% increase in the number of prescriptions filled would cause Medicare spending on medical services to fall by .2%.

On April 16, the CAHC will announce the launch of the Medication Adherence Policy Campaign, with the goal of building a diverse coalition of payers, employers, technology and pharmaceutical companies, as well as healthcare providers. The goal is to put together an educational campaign that will include meetings on Capitol Hill, policy briefings, and a media strategy—leading up to a national conference in September.

White was optimistic about the timing of this campaign launch, as he sees bipartisan support for adherence-increasing efforts.

Thomas Forissier from Capgemini Consulting and Katrina Firlik of HealthPrize Technologies spoke on pharmaceutical revenue lost due to medication non-adherence. The market assumption on the impact of medication non-adherence has been $30 billion globally, but Forissier and Firlik felt that number was greatly underestimated. According to their estimates, the actual revenue lost by pharmaceutical companies each year in the U.S. is $320 billion; $956 billion globally.

• If all patients with high blood pressure were treated to guidelines, up to 89,000 deaths could be prevented each year

• CVS Caremark Corp. found that patients who take medications as doctors direct may save as much as $7,800 each year

Forissier and Firlik said that the best ways to increase adherence are to reduce the costs of drugs, make reminders for the administration of medications more commonplace, educate patients on the importance of taking the medications (especially in the long term), and to offer rewards.

During the question-and-answer session, an attendee asked if packaging might be leveraged to increase adherence.

One of their suggestions was to add a “fun” element to the packaging of the medication, which makes patients want the next package (think collector’s editions).

Another suggestion was to incorporate the dimension of time to packaging. An example of this would be the inclusion of an image of what someone who doesn’t take their medication will look in 10 years, 20 years, etc. It’s important for patients to understand the stakes and the costs of not taking their medications.

Ray Bullman, with the National Council on Patient Information and Education (NCPIE), spoke about the development of an Adherence Action Agenda.

Adherence is especially challenging for vulnerable populations, which can be identified as people who live alone, don’t have access to transportation (to pick up or refill prescriptions), low-income people, people with behavioral or physical challenges, and those whose cultural or religious beliefs prevent them from taking their medication.
Bullman emphasized that this population needs care and attention to increase adherence—even more than the general population.

The NCPIE first released a national adherence action plan in 1995, and again in 2007 (a mirror image of the 1995 report) with the goal of providing recommendations to improve adherence. Here are its recommendations:

• Agree on common adherence terminology that will unite stakeholders

• Establish a multidisciplinary approach to adherence

The most important factors in addressing non-adherence are:

• Education, including tips and support while on the medication

Addressing adherence in clinical trials was Kathy Zonca, a patient adherence consultant with C3i, Inc. Throughout the day, discussion revolved around the implications of adherence by the general population.

But due to the nature of clinical trials and their impacts on whether or not a drug will be introduced to the market, compliance is particularly important. Zonca shared the following information with attendees:

• Overall compliance for chronic disease in developed countries is 50%

• In clinical trials, a 20% decrease in medical adherence may result in a greater than 50% increase in the sample size in order to maintain power (the probability that the study will have a significant result)

• In 2001 approximately 50% of clinical trial participants made it from screening to successful completion of the trial. In 2010, that percentage dropped to 25% 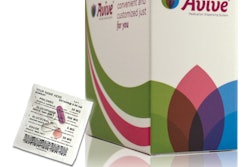 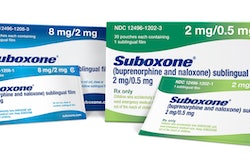 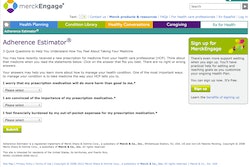 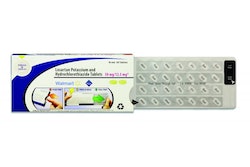