The future of drug production: manufacturing takes on a whole new meaning

Disruptive technologies now under development will change the way pills and medical devices will be manufactured and packaged in ways most have not begun to think of yet! 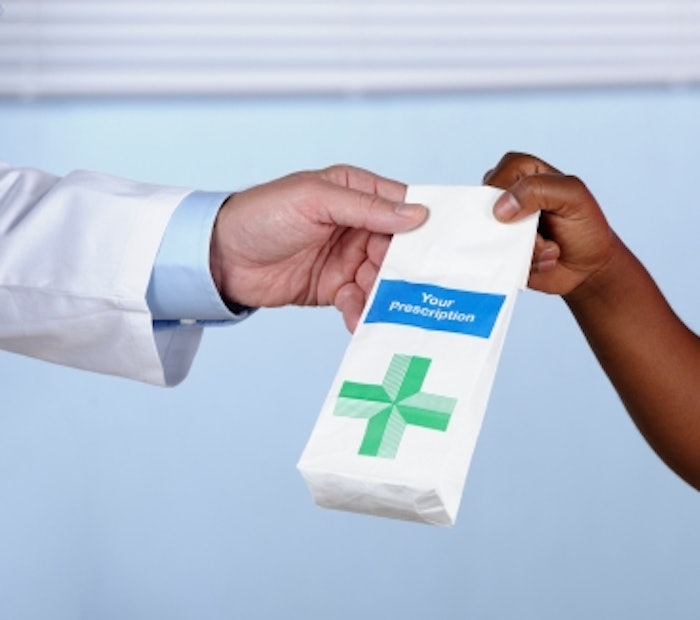 Author Michael Drues says it's possible that in the future rather than going to the drug store to fill your prescription, your doctor sends your personalized prescription electronically to a “small high-tech vending-like machine” in the back of the doctor's office.

For those who read my last column “The Case of the New England Compounding Center: How might this tragedy lead to an even bigger one,”(1),  I explored the root cause of the NECC case and suggested that if we are not careful when crafting new regulation to prevent such tragedies from occurring again, we may simultaneously inhibit seemingly dissimilar technologies that have yet to be developed.

On the surface, the NECC case would seem to impact only the compounding industry; but the ramifications could go far beyond compounding and drastically affect the pharmaceutical and medical device industries in ways most people have yet to imagine. In this column, we will explore the implications on the pharmaceutical industry.  Next time, we will consider the implications for the medical device industry.

There's an old joke in the pharmaceutical industry: the first pill off the assembly line costs $800M (2) —the second pill costs 30 cents! This joke illustrates how in the past, “Pharma” has put the value on the pill, but pharmacogenomics stands to obliterate the traditional blockbuster model. So how do we make money with the one-pill-one-patient model? By putting the value on the process to make the pill rather than the pill itself!

Before looking forward, let's first look back: for many years, traditional Pharma meant manufacturing millions of pills in a factory, putting them in a package, shipping them across the country or around the world and storing them until they were swallowed by the customer, a.k.a. the patient. Although we have been doing this for a very long time, does it make sense? So imagine this not so hypothetical scenario:

You get sick and go to the doctor. The doctor writes a script for some pills to make you feel better. But rather than going to the drug store to fill your prescription, your doctor sends your personalized prescription electronically to a “small high-tech vending-like machine” in the back of the doctor's office. So if the script calls for 15 pills, the machine “manufactures” 15 pills customized for that patient and the patient receives them as he or she walks out of the doctor’s office—just after paying the bill of course!

Let’s take this idea a step further: Why should a manufacturer decide how much drug to put in a pill? Pharmacogenomics will give us the ability to determine the optimum combination of drugs, delivered at the optimum dose, at the optimum time, using the optimum release rates all based on the patient’s genome and other factors.  The “small high-tech vending-like machine” (similar to a rapid prototyping machine or 3-D printer) can combine different drugs, at different dosages, having different release rates (i.e., different kinetics), etc., all based on what the doctor ordered for that individual patient.  All of this could be done on an individual scale in the doctor’s office!

So is this manufacturing? Ironically, this is exactly the same question at the heart of the NECC case—see how they are related? And there may already be regulatory precedent: this is the medical device equivalent of making customized medical devices (under the Custom Device Exemption) on a large scale. We must always look for similarities where no similarities seem to exist.
Think this is Star Trekkie? Think it will be 50 or 100 years before we can do this? Think again—this is not nearly as far off as some may think. Here is just one example: “3D Printing Could Create Better Pills” (3) but the best is yet to come. And for packaging professionals, what will individualized packaging look like?

So what's holding us back? It’s not the science or technology—those are solvable problems. But the proposed regulation that may result from the NECC tragedy may very well slow or possibly stop these technologies in their tracks! How?

Consider the next question: How will this technology be regulated by FDA?  Should it be regulated by FDA? If so, what will be the regulatory burden?  If we follow the traditional drug model and require extensive clinical trials, possibly having to test for interactions, etc., will that encourage or discourage innovation and development? Or will this be quasi-regulated as compounding has been for centuries? After all, does it matter if pills are manufactured by a company at a remote location or by a high-tech vending-like machine in a doctor’s office or by hand by an individual pharmacist (i.e., traditional compounding)? Or is this simply a distinction without a real difference? These are just some of the issues that will need to be addressed not solely by regulators but by society as a whole… this is a matter of healthcare policy. So where do we start?

Albert Einstein, a very smart guy, said, “Imagination is more important than knowledge, for while knowledge points to all there is, imagination points to all that can be.” In this context, imagination should not be limited to technology but also in our ability to design innovative regulatory strategies to support our innovative technologies. After all, if we can't get these technologies through the FDA, we won't help anyone and we won't make any money either!

For those working in the medical device side of the world, stay tuned: we will do to medical devices in my next column as we did to drugs in this one. So move over Aldous Huxley (4)  as we enter the brave new world of medical technology.

--Dr. Michael Drues is president of Grafton, MA-based Vascular Sciences, an education, training, and consulting company. He can be reached on Linkedin®, by phone at 508.887.9486, and by e-mail at mdrues@vascularsci.com