Trucking: The barometer of the U.S. economy?

American Trucking Associations and SelectUSA point to a link between over-the-road transportation and the national economy. 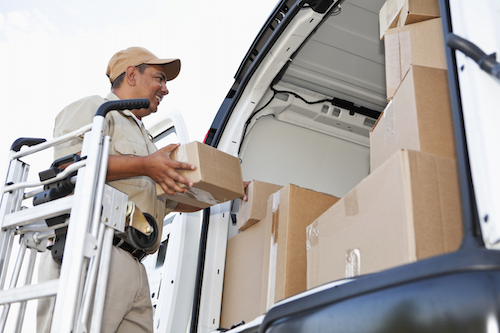 American Trucking Assn. and SelectUSA point to a link between over-the-road transportation and the national economy.

The release notes, “Trucking serves as a barometer of the U.S. economy, representing 68.8% of tonnage carried by all modes of domestic freight transportation, including manufactured and retail goods. Trucks hauled just under 10 billion tons of freight in 2014. Motor carriers collected $700.4 billion, or 80.3% of total revenue earned by all transport modes.” ATA calculates the tonnage index based on surveys from its membership and has been doing so since the 1970s.

On a broader scale, spending in the U.S. logistics and transportation industry was $1.33 trillion in 2012, according to a SelectUSA article. “Analysts expect industry investment to correlate with growth in the U.S. economy,” said the story.

From medical supplies to food, the company wants “to help eliminate any delays in the delivery of supplies by ensuring that labeling is never an obstacle to getting critical items to the front line as fast as possible.”
NiceLabel
Apr 7th, 2020

The Nov. 1 flights included a delivery to a patient with limited mobility. Will the service boost much-needed healthcare access for rural communities?
Keren Sookne
Nov 7th, 2019