Designed for military units, the lightweight Golden Hour One holds a single unit of whole blood and maintains temperature for 18 hours under extreme conditions without external energy. 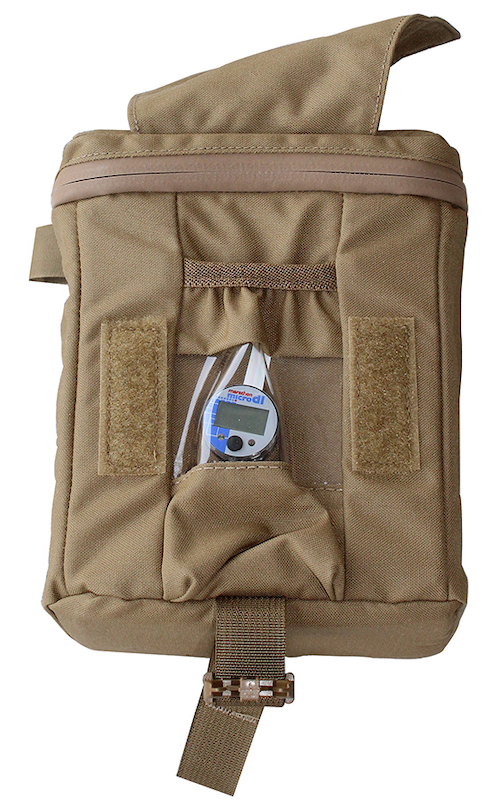 The lightweight Golden Hour One holds a single unit of whole blood and maintains temperature for 18 hours under extreme conditions without external energy.

Pelican BioThermal, global provider of temperature controlled packaging, unveiled its new Golden Hour™ One at the 2019 SOMSA conference in North Carolina. The new product is a smaller-scale, nimble, reusable thermal packaging container for transporting whole blood products. Golden Hour One is designed to allow military units to more easily transport life-saving blood to far-forward combat areas where they are needed most during the first critical hour after injury—regardless of extreme conditions.

Golden Hour technology was invented by Pelican BioThermal in 2003 at the request of the U.S. Army to address the need to securely, reliably and safely transport blood to battlefields away from fixed medical facilities. These battlefields are often situated in regions with extreme conditions that could result in temperature excursions that damage blood supplies. Golden Hour temperature-controlled containers resolved this issue and received the US Army’s Greatest Invention Award for their innovation.

Pelican BioThermal developed the Golden Hour technology more than 15 years ago and has continually expanded the line to meet the ever-evolving needs of the military.

The ultra-light Golden Hour One holds a single unit of whole blood and maintains temperature for 18 hours under extreme conditions without external energy. Under less challenging conditions, the container is designed to keep blood cool for up to 36 hours. These temperature controlled containers are easy to use and assemble and consist of safe, reusable non-toxic materials.

Cytiva: VIA Capsule for Cryogenic Shipment of Cellular Therapies

In this Q&A, a logistics expert discusses how patients are now a part of the supply chain and what that means for manufacturers and logistics providers.
Keren Sookne
Sep 16th, 2019

The Pegasus ULD line is a lighter system and more damage-resistant, with internal and external temperature tracking and geolocation.
Melissa Griffen
Sep 3rd, 2019

Drain Safe gel packs use a proprietary and environmentally friendly refrigerant, and can be clipped open and the contents safely washed down the drain.
Jun 7th, 2019

The containers are designed to remain durable after freezing at -86°C for global shipping of biopharmaceutical intermediates.
Keren Sookne
May 7th, 2019