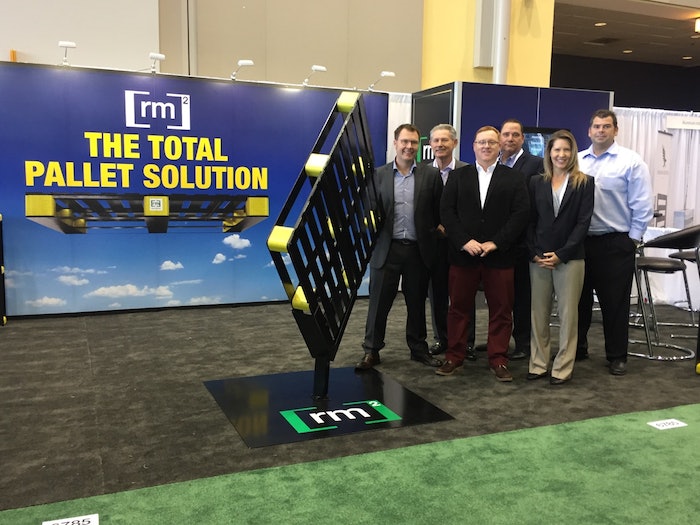 RM2 International, a vertically-integrated pallet development, management, and supply company, announced its participation in AT&T’s LTE-M network pilot that aims to boost connections for the Internet of Things (IoT).

AT&T is working with a variety of technology suppliers, to include RM2, to showcase the LTE-M technology that will bring the IoT to a new generation of devices and markets. AT&T has launched North America’s first LTE-M enabled commercial site in the San Francisco market to support the pilot of AT&T’s LTE-M low-power wide-area network beginning later this month. AT&T plans to make the technology available across its commercial network throughout 2017.

“Our work with RM2 during our LTE-M pilot will show how this new technology can help the packaging and supply chain industries increase their efficiency and sustain the integrity of their products,” says Chris Penrose, president, IoT, AT&T. “This a prime example of how innovations like LTE-M will help bring the IoT to more end points than ever before.”

“Delivering to the market a first of its kind technology solution while being a part of a group that will take this offering to the next level gives RM2 a unique product offering that separates itself from other pallet service providers while guaranteeing its solution remains at the forefront of the technological evolution of the Internet of Things,” says John Walsh, CEO, RM2.

Fraud is a serious issue for drug manufacturing, and pharmaceutical and medical device regulations using serialization have been mandated to defend against counterfeiting.
Kim Overstreet
Jan 13th, 2021
More in Traceability/Serialization