The eighth part of this Special Report shows companies of all sizes were involved in serialization efforts, with those responsibilities delegated to individuals at varying levels within their organizations. 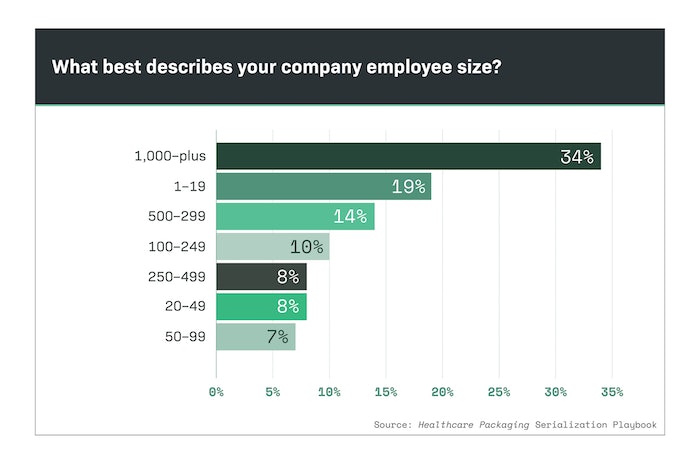 The eighth part of this Special Report shows companies of all sizes were involved in serialization efforts, with those responsibilities delegated to individuals at varying levels within their organizations.

That diversity illustrates the breadth and influence of serialization in the healthcare/life sciences market.

The majority of personnel assigned serialization responsibilities worked at the corporate level (Chart 8.2), but many also focused on the task at a specific plant, or on a serialization team.

Dirk Rodgers, Founder of RxTrace.com, said, “These are healthy results. Everyone taking part in a serialization effort should seek information about the experiences of others, like those found in the Playbook.”