Part Six of this exclusive Healthcare Packaging Serialization Survey unveils who had the ultimate buying authority for upgrading lines. 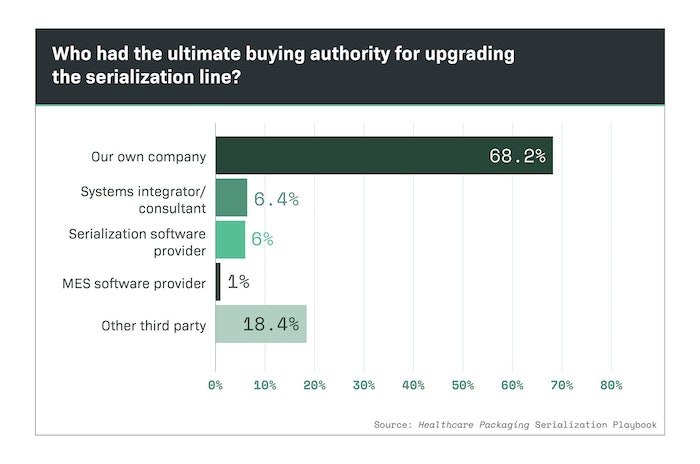 That may not be surprising, but it is noteworthy that 18.4% of respondents noted “other third party” to the question. To that, Dirk Rodgers, Founder of RxTrace.com, commented, “[These] could be readers who are virtual manufacturers and are dependent on their CMO/CPO to upgrade the packaging lines used for their product(s).”

Chart 6.2 shows that both single- and multi-sourcing plans for serialization line upgrades were employed by respondents. Here, Rodgers noted, “These results appear to include those from readers who downloaded the Playbook as far back as 2012, so it is no surprise that nearly three quarters said they have ‘No plans’ or ‘No decision.’ I have to believe that the more recent respondents indicated ‘Single’ or ‘Multiple’ sourcing.”