Young Blood Transfusions To Reverse Aging? Sign Me Up! 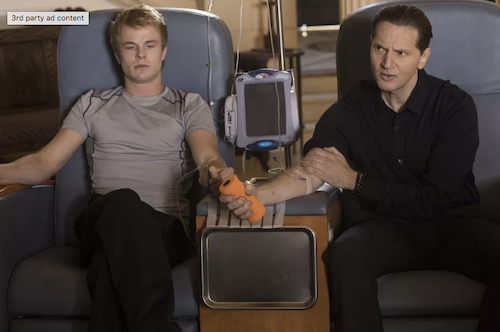 It sounds like science fiction, but a June 9th Newsweek article discussed the new trend of using blood from the young to revitalize the old. The concept, which was parodied recently on an episode of Silicon Valley, actually has some compelling studies behind it. In 2014, Stanford University researchers infused young blood plasma in mice to rejuvenate synaptic plasticity and improve cognitive function.

Jesse Karmazin, a physician and graduate of Stanford’s medical school, believes this concept can work on humans. His company, Ambrosia LLC, charges adults (35+) $8,000 to be injected with blood plasma from people aged 16-25 as part of a clinical trial to test the anti-aging benefits of plasma transfusions. The article includes an interesting Q&A segment with Karmazin that is worth the read.

DEA makes a move to help increase the availability of cannabis for medical research.
Sep 20th, 2019
More in Regulatory

Lidocaine topical cream and liquid gel products have been recalled due to higher content than label states.
Aug 30th, 2019

The CDC and FDA are working with state health authorities to investigate the increase in pulmonary illnesses linked to e-cigarette use.
Aug 29th, 2019

The Council notes that limited doses in properly designed blisters will not only mitigate overuse, but also limit excess unused doses—frequently the source of diverted and misused pills.
Aug 27th, 2019