Presented annually, the PCSC Award recognizes leaders who have exhibited extraordinary standards of honesty and integrity while working to protect and serve their communities.

Juan Marcos Baez, Bristol Myers Squibb (BMS) Corporate Security Director for the Global Supply Chain, Mexico, Puerto Rico, Central America and the Caribbean, was celebrated for both his dedication to furthering the security of the pharmaceutical supply chain, as well as going above and beyond to ensure patient access to medicine. Baez has helped to ensure patient access to medicine on an individual level by securing lifesaving medication for the family member of an industry peer.

He further demonstrated the values represented by this award through the creation of anti-diversion, counterfeit and general supply chain security strategies that significantly reduced product losses during transportation. Before joining BMS, Baez served for 20 years in Mexican law enforcement, including as Chief of Police for Mexico City Judicial Police.

As Executive Director of Healthcare Ready, which partners with the private and public sectors to build resiliency in communities before, during and after disasters, Louissaint was recognized for her leadership of the organization during the 2017 Atlantic hurricane season. Under her direction, Healthcare Ready successfully navigated unique challenges to bring critical supplies to the areas and victims affected by the hurricanes that struck the U.S. and the Caribbean.

Prior to Healthcare Ready, Louissaint served in various roles at the U.S. Department of State, the Greater Baltimore Leadership Assn., the American Assn. for the Advancement of Science and Sojourner-Douglas College.

Jack Repsha, who retired last year following a 14-year career as Head of Security for Novartis facilities in the U.S., was honored as a pioneer of pharmaceutical corporate security. At Novartis, he employed his leadership skills and law enforcement experience to build consensus within his organization, and the industry, to further secure the pharmaceutical supply chain. As one of the first individuals to join PCSC after its founding in 2006, he assisted in growing the organization and its knowledge base.

A former New Jersey State Police Officer, Repsha has received numerous awards for his commitment to the citizens he served and his fellow brothers in arms.

“I am thrilled to present Juan Marcos, Nicolette and Jack with this award, recognizing their commitment to supply chain security and their dedication to patient safety,” said Chuck Forsaith, Senior Director of PCSC. “All are recognized leaders in the industry, who have gone above and beyond to help their peers, community and the security sector. Their combined contributions are an example of the dedication and selflessness that PCSC members exhibit in their goal of protecting patient safety worldwide.” 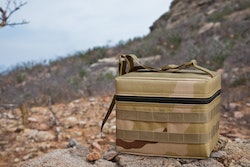 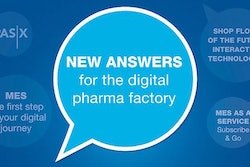 Achema: New answers for the digital pharma factory of the future by Werum IT Solutions 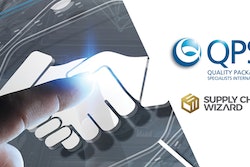 Partnership to Develop IoT Technology for Pharma and CPG Companies 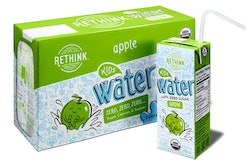