Bosch Rexroth expands its capabilities on the west coast

The drive and control technology company moves to increase its presence on the west coast with its updated facility in Pleasanton, CA. 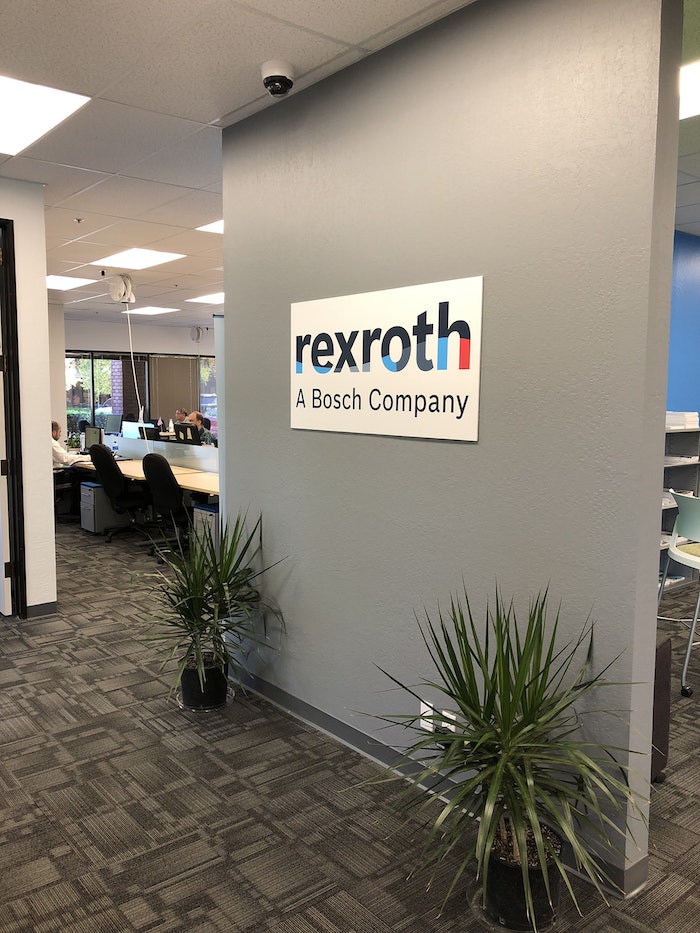 After over a year of planning, Bosch Rexroth moved into a multi-function facility in Pleasanton, California.

Bosch Rexroth is excited to announce the next phase of its growing west coast presence through the re-opening of its Pleasanton, California facility. First established in the late 90’s, what formerly served as a small sales office is now a much larger mixed-use facility that contains not just offices, but engineering, training rooms and conference areas. A stand-out feature is the new warehouse and prototype shop the will be used to develop, build and test proof-of-concept solutions with our customers. This space will allow Rexroth to expand its capabilities in key markets such as the growing aerospace, semiconductor, and electric vehicle markets.

With an already well-established engineering force on the east coast, Bosch Rexroth looks forward to bringing its resources and expertise closer to key customers on the west coast with its technical solutions and best in class product line. The new facility provides the flexibility for Rexroth to do what it does best – innovate. There is space for Rexroth engineers to assemble prototypes and develop concept pieces for its west coast customers. Additionally, Bosch Rexroth is also able to leverage its connection with its parent Robert Bosch Corp which allows access to utilize Bosch’s state of the art, 104,000 sq ft. research facililty recently opened in Sunnyvale CA.

The new Bosch Rexroth Pleasanton facility combined with the $40 million investment in the Bosch Research facility is just the start of a bright future for Rexroth and the West Coast. As a result of the expansion, Rexroth has opened up more jobs, expanded its project capabilities in key markets, and increased its capacity to support local service and engineering for its customers. New designs and prototypes will position Rexroth for strong growth in the years ahead. Rexroth’s engineering resources in the west coast have increased by 30 percent since 2016 and there are plans to add more in 2019 and the years ahead. Looking forward into the next five-to-ten years on the west coast, Rexroth anticipates this facility to be the start of more job opportunities and easier customer access to the full range of capabilities that Rexroth offers.