The Marchesini Group at PACK EXPO International 2016: success in the name of innovation and Made in Italy quality

PACK EXPO International ended on November 9th. It opened its doors to attendees seeking new technologies and insights from over two and a half thousand exhibitors, according to the show organiser PMMI, the Association for Packaging and Processing Technologies.

Jim Pittas, the Senior Vice President of PMMI, reports that this edition registered record figures, not only in terms of visitors, but also of exhibiting space (over 1.25 million net square feet) and above all in terms of the forecasts for the American packaging market. According to PMMI, the U.S. is still the largest market for pharmaceutical and medical devices, also due to the fact that it offers pharmaceutical manufacturers many of the same opportunities that other packaged goods manufacturers are challenged with, such as sustainability, smart packaging, 3D printing, Track&Trace and cold chain logistics.

These are challenges that Marchesini Group has always taken on and that have led to designing unique pharmaceutical packaging machines, such as those showcased at booth W-743 of McCormick Place in Chicago. Two stand-alone machines "tailored" for the American market in view of their versatility and efficiency. One of the two machines exhibited was the new labeler BL A420 CW for Track&Trace requirements. It is designed and built by Neri, a branch of Marchesini Group specialising in producing carton labeling/print and inspect machines.

The model demonstrated sums up the consolidated strongholds of this machine: versatility and reliability. The BL A420 CW includes a completely integrated load cell in its stepper conveyance system, which is capable of controlling the weight of each carton. This system is much more compact than the classic solution (where the weighing unit is coupled in-line) and those versions of the main competitors on the marketplace who offer solutions with weighing units with their own conveyance system and independent from that of the labeling machine.

In addition to the BL A420 CW, Marchesini also demonstrated our cartoner model MA 80, known for its flexibility, ergonomics and speed. The original MA 80 was initially launched in 2004, and was re-designed in 2010 in order to improve its existing features, as well as to add innovative improvements from years of on-going research. The new MA 80 can process up to 120 cartons a minute, while the previous version could run 80 per minute.

Roger Toll, Executive Vice President of Marchesini Group USA, provided positive feedback regarding the four-day event. "This year's show was a successful one with an apparent increase in attendance compared to previous years. The equipment shown was well received, and the potential seems to be very good for new and interesting projects".

The Hospitality Suite held on Monday, Nov 7th, in the Signature Room at the 95th in the John Hancock Tower, was a great success too. The event welcomed over 160 guests from all over the world. The entertainment, food and atmosphere, which have always been strongholds of Marchesini Group, was enjoyed by all. 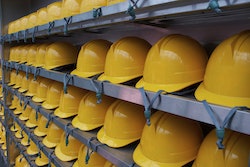 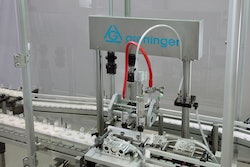 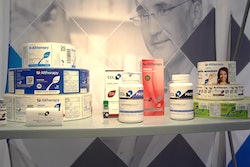 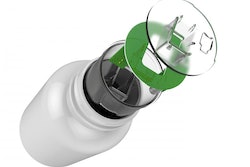