Constantia Flexibles is investing in new capacity at its manufacturing site in Weiden, Germany.

The total investment is approximately four million euro. The new 10 color rotogravure printing machine will start production in the second quarter of 2017. The investment will serve growing demand from the confectionery industry for film-based packaging.

The Weiden site is the home to Constantia Hueck Folien, with more than 800 employees. It is Constantia Flexibles' second largest plant worldwide. The company has invested roughly 60 million euros in the plant over the last 10 years, including the opening of a new state-of-the-art research and development center for polymer films and film laminates in 2015. In the second half of 2016, the Duplex lamination machine installed in 2014 will be extended to a Triplex machine. It will be able to produce 3-layer laminates for various applications in a highly-efficient and cost-effective way in just one operation.

"Weiden has developed into a key strategic site for Constantia Flexibles' film-based packaging and we are delighted that our owners The Wendel Group support this new investment, which will supply our confectionery customers in Europe with the highest quality of packaging," said Stefan Grote, Executive Vice President of the division Food Europe.

Constantia Flexibles ranks among the leading providers of confectionery packaging. The company serves the market with laminated and printed multilayered substrates of film and foil, including chocolate bars, biscuits & wafers, seasonal products and pralines, coin foil, chewing gum, inner- and outerwrappers, as well as twist film. 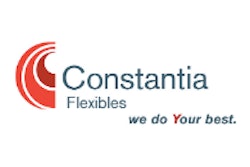 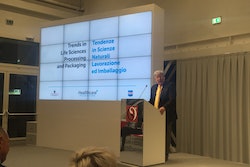 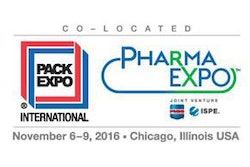 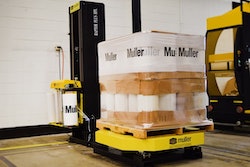