John A. Hayes to Become CEO of Ball Corporation, R. David Hoover to Remain Chairman of the Board

Ball Corporation announced that John A. Hayes will become chief executive officer of the corporation at its January 2011 board of directors meeting, as R. David Hoover retires as an active employee after more than 40 years with Ball.

Hayes, 44, is currently president and chief operating officer of Ball. He joined the company in 1999.

Hoover, 65, has been Ball's CEO since 2001. He has been a member of Ball's board of directors since 1996 and will remain its chairman.

"Ball Corporation has had a remarkable record over the past decade with Dave Hoover as its CEO," said Georgia R. Nelson, presiding director of the Ball Corporation board and chairperson of its nominating/corporate governance committee. "During that period, he and John Hayes have worked together closely as John held senior positions in various areas including strategic planning, marketing and operations. The entire board has been impressed with John's leadership skills and his strategic acumen. We look forward to working with him as the company builds on the strong foundation it has in place. We are equally pleased to have Dave Hoover remain chair of the Ball board."

During Hoover's 10 years as CEO, Ball Corporation's stock has provided a total return to shareholders of more than 500 percent. Ball's sales grew from $3.66 billion in 2000, the year before Hoover became CEO, to $7.35 billion in 2009. Sales in 2010 are expected to approach $8 billion. The company made a number of key strategic moves under Hoover, including greatly expanding its international presence.

Hayes came to Ball after beginning his career in investment banking, where Ball was one of his clients. At Ball he worked in corporate planning, marketing and development until he went to Europe in 2005 and first became executive vice president and later president of Ball Packaging Europe, one of Ball's largest operating segments. He returned to the U.S. in 2008 to become executive vice president and chief operating officer of Ball. In January of this year he became the tenth president of Ball Corporation in the company's 130-year history and joined its board of directors.

Hoover joined Ball in Indiana in 1970 as assistant to the treasurer and held various corporate treasury and credit positions until 1980 when he moved to Colorado to become part of Ball's technical products group. In 1987 he returned to Indiana as assistant treasurer. In 1992 he became Ball's chief financial officer and in April 2000, vice chairman, president and chief operating officer. He became CEO at the beginning of 2001 and chairman of the board in 2002. He is also on the boards of Eli Lilly and Company, Qwest Communications International, Inc. and Energizer Holdings, Inc.
Companies in this article 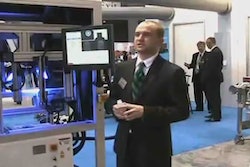 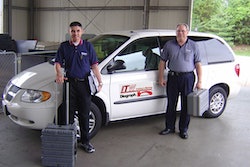 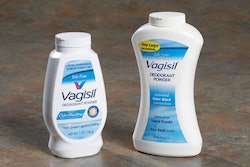