The legislation calls for stricter regulation of Generally Recognized as Safe substances and the creation of a new FDA office to assess safety of chemicals in America’s food supply. 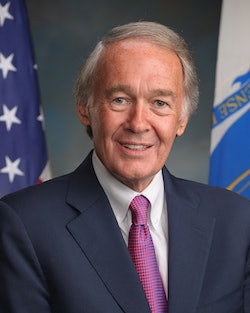 Senator Edward J. Markey (D-Mass) has introduced to the U.S. Senate the Ensuring Safe and Toxic-Free Foods Act, which ensures the Department of Health and Human Services (HHS) promotes the health and well-being of American families by directing the FDA to strengthen the Substances Generally Recognized as Safe (GRAS) Rule, which exempts companies from seeking pre-market approval for food chemicals.

The legislation also proposes directing the Secretary of Health and Human Services to create an Office of Food Chemical Safety Reassessment within FDA’s Center for Food Safety and Applied Nutrition. The office would be responsible for reassessing whether existing substances, such as bisphenols and PFAS, are safe for American families to consume.

Specifically, the Ensuring Safe and Toxic-Free Foods Act would direct the FDA to revise the GRAS Rule to include provisions that:

Co-sponsors of the legislation include Senators Richard Blumenthal (D-Conn.) and Elizabeth Warren (D-Mass.). The Ensuring Safe and Toxic-Free Foods Act of 2022 also is endorsed by the Environmental Working Group, the Center for Science in the Public Interest, Environmental Defense Fund, Breast Cancer Prevention Partners, and Earthjustice.