The temporary implant is installed on the surface of the heart and then dissolves when obsolete. 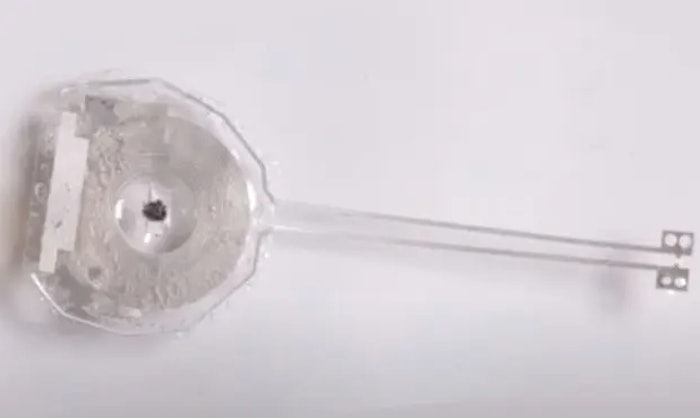 Pacemakers are great at regulating heartbeat, but not everyone needs one in their body permanently. For the patients whose hearts only need temporary help, researchers at Northwestern University have developed a battery-free wireless pacemaker that dissolves into the body. According to a recent article from The Guardian, the device is intended to bridge the critical risk period that comes after an open-heart surgery for example.

Some pacemakers are already used temporarily, but they come with a host of problems. Leads placed through the skin are prone to infection, the power supply can become dislodged, and removing the device can cause damage to the heart tissue. The new device avoids these pitfalls as it’s implanted directly onto the surface of the heart and is absorbed by the body when it is no longer needed. The dissolving pacemaker has no leads, can be controlled and programmed from outside the body, and is expected to cost about $100.