Ethicon Endo-Surgery's hip package, and listening to nurses evaluate packages demonstrate the importance of working with customers for successful results.

“We produce minimally invasive devices and were looking for a green packaging solution,” explained Aguon. Multiple functional groups within J&J were involved in developing a strategy to offer an alternative to an existing package made of a combination of materials. After researching structures from multiple vendors, Ethicon Endo-Surgery selected PET material from Rollprint.

Among the company's packaging requirements were that the material provide a more sustainable environmental benefits, be compatible with gamma sterilization, be sealable to PETG, offer a printable surface, provide less than 4-lb/inch seal strength, be angel-hair-free, and be able to work in a layflat package version.

Below are several key “takeaways” from this year's edition of HealthPack. The 2012 event will be held March 6 - 8 at the Hyatt Regency Albuquerque, NM:

• In the past decade, 53% of the top 50 packaging companies have gone through a change in ownership or a takeover, said Tom Blaige, chairman and CEO of Blaige & Co. Blaige delivered the keynote address on mergers and acquisitions. He suggested that companies be aware of the broader competitive landscape, have a corporate strategy and business plan to survive and thrive. “Nobody is safe, even the largest packaging companies,” he said, from mergers and acquisitions.

• In the “Voice of the Customer, Part III,” Jennifer Blocher, medical device applications specialist, Medical Applications Div., Sealed Air, reported on the results of a 2010-2011 survey of nurses, which focused on the European market. European respondents most frequently were in the 41 to 50 age group, having 21 to 30 years of nursing experience. Conversely, U.S.-based respondents from the previous year's survey were primarily in their 50s. Double-barrier packaging was preferred by both U.S. and European nurses. In the U.S., nurses preferred white peel evidence on device packs more than their European counterparts.

A disconnect appeared in the area of graphic symbols on packages, where nurses weren't familiar with these symbols that are often required by companies in order to meet regulatory demands. Future surveys will aim for a more global response, and to increase the number of respondents.

• In the “Voice of the Customer: 3rd Annual Nurse's Focus Group,” Jennifer Neid
Benolken, senior packaging engineer, Cardiovascular Div., St. Jude Medical, moderated a panel of three nurses who evaluated various medical device packages in a separate room. HealthPack conference co-chairs Curt Larsen and John Spitzley provided a series of different medical device packs for the nurses to open and comment on via closed-circuit television that allowed attendees to watch how them.

Nurses liked to be able to firmly grasp a package and open it for presentation to the sterile field. A common comment was that packages tended to be easier to open on the corners because there often wasn't sufficient area on the chevron in the center of the pack to pull it open.

From product to user-centered packaging

Using that same “voice of the customer” approach, Dr. Laura Bix, Ph.D., associate professor at Michigan State University's (MSU) School of Packaging, noted, “Package design had been product-centered, and now is looking more at the user, the voice of the customer.”

In the past, said Bix, packages had to protect, communicate, and offer utility. But in the area of “human environment,” she said, “there's a gap or opportunity to measure what's going on between people and packages with more embracing a user-centered design, or UCD.” She noted that UCD is being driven by several factors, including the following:

• Sustainability and social responsibility.
• An aging population in which a greater percentage of people will have some type of disability, including nursing professionals.
• Increased use of combination products.
• A viral movement where people may trust each other more than doctors or companies. Online sources such as “CaringBridge” create an environment where packaging takes on a more important role.
• Medication errors where package design can help reduce costs and deaths.
• Mental stress and pressures.

The school's LAC provides an “immersion experience” that simulates emergency and operating rooms in an effort to help eliminate potential errors and promote safety.

During this presentation, Human Factors Engineering was discussed as a way to employ packaging on an intellectual, not emotional level. “We're not educating solely in silos anymore,” said Smith. “The real world is inter-professional. We all want better patient outcomes. So like a simulator where a pilot learns how to fly or land a plane, the LAC helps train individuals and organizations to do tasks in an OR.” 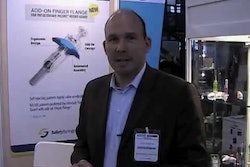 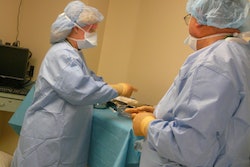 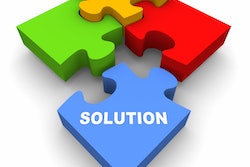 LIVE FROM MD&M WEST: Packaging and the product development process 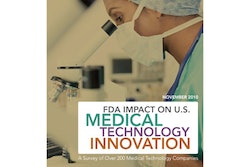 U.S. at risk of losing its global leadership in medtech innovation