Researchers in New Zealand have developed a medical scanner that generates full-color three-dimensional images of the body. 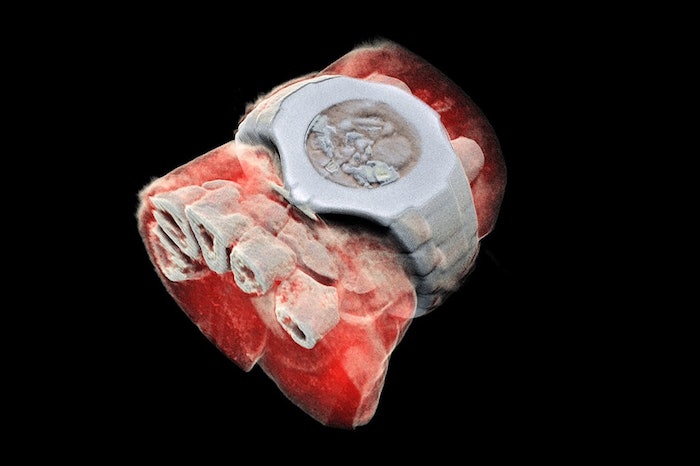 A recent New York Times article reported on a new advancement in medical imaging that could help locate and identify disease without surgery. With technology used by particle physics researchers at CERN, a father-son team in New Zealand has developed a three-dimensional color X-ray scanner that produces incredibly detailed images of the human body. One of the developers says it “is like the upgrade from black-and-white film to color.”

With traditional computed tomography scans, X-ray beams are measured after they pass through tissue. If the dense bone tissue absorbs the beams, the image appears white, and non-bone areas appear black. This new scanner actually matches specific X-ray photon wavelengths to materials and assigns a corresponding color to them The data is then configured into a full-color, three-dimensional image that will help doctors create personalized treatment plans with targeted drug therapies.