A startup has developed a pair of smart glasses that converts words to a voice to assist those who struggle with reading. 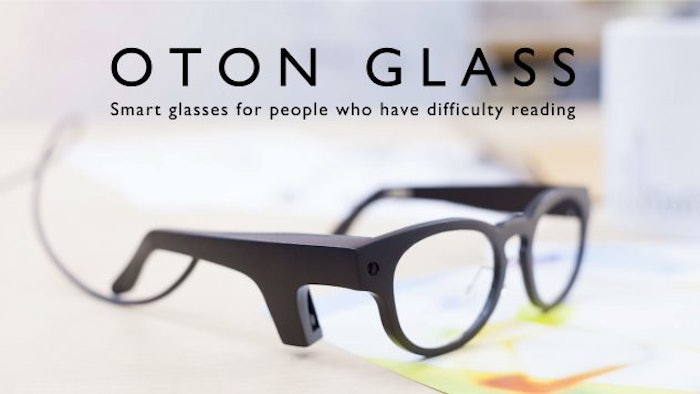 A recent article from The Verge discussed a new product aimed at helping the visually impaired to read. The product, Oton Glass, has been in development for the past six years and is currently raising funds on Campfire, Japan’s version of Kickstarter. The glasses allow the wearer to look at text and blink to capture a photo, which is in turn transmitted to a Raspberry Pi cloud where it’s converted to a voice.

It’s similar to Google Translate, which can already take a photo and convert it into a voice, but Oton Glass is user-friendlier as a wearable rather than a smartphone app. The Oton received third-place runner-up for the James Dyson award in 2016, and will cost just $47 if the fundraising campaign tips.