The Importance of Open Standards

As the data from factories scales exponentially, the ability to access that data transparently becomes critical. If we want the Industrial Internet of Things to truly be a game changer for the manufacturing industry, open standards will be a major enabler of that transformation. 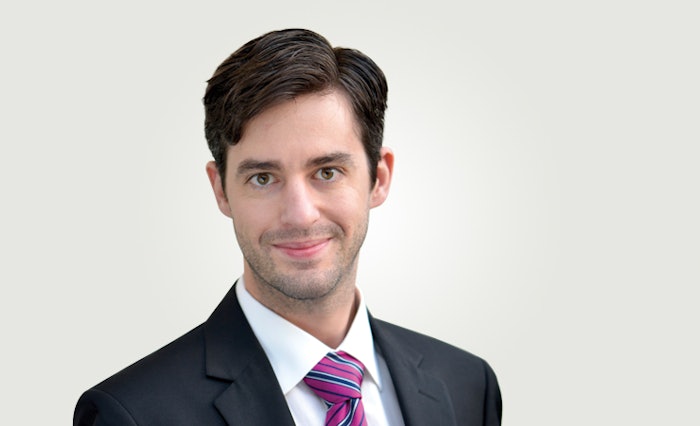 Where open standards exist, innovation is driven; disruptive technologies emerge. Things become more valuable, smarter and easier to use. This pattern has been shown time and time again in almost every industry on the planet. The examples are endless. Open standards foster a broad selection of products and vendors for end users to choose from. This competition is what drives innovation. More importantly, open standards allow small and medium-sized companies to compete. Disruptive technologies often emerge from such companies that are agile enough to innovate based on open standards. At the end of the day, the end user wins by not being locked into one large company’s method of doing business.

What exactly is an open standard?
The world of open standards is an alphabet soup of organizations, consortia and institutes. In some industries, there is disagreement about what an open standard even means. For our purposes, IEEE, Internet Society (ISOC), World Wide Web Consortium (W3C), Internet Engineering Task Force (IETF) and Internet Architecture Board (IAB) have jointly affirmed these five principles of open standards:

Cooperation
We at Profibus and Profinet International (PI) have long promoted cooperation among standards organizations. For example, in 2007, we initiated a Wireless Cooperation Team that included Fieldbus Foundation (FF) and HART Communication Foundation. The goal was to avoid creating a PI-specific or FF-specific wireless technology for process applications and instead provide a unified approach benefitting end users. Also in 2007, PI, FF, FDT Group and the OPC Foundation formed a team to unify an approach combining electronic device descriptions (EDDs) and field device tools (FDTs) into a common technology. This became the FDI Cooperation; in 2015 FDI finished its work with PI and FieldComm Group cooperating to provide the resultant standard.

Adherence to principles
There are certain principles a standard should follow to affirm its openness. Basically, it all comes down to transparency. Consensus about decisions should be as broad as possible. The process by which decisions are made among participants should be well-defined, including the opportunities to appeal. Records should be kept throughout the process. We at PI observe these guidelines through an extensive Call for Experts process where all members equally provide input. Our technical standards are developed in PI Working Groups, the processes and guidelines for which are published online.

Collective empowerment
Organizations should create standards that are chosen based on technical merit, provide global interoperability, enable competition and innovation, and contribute to the creation of global communities. PI is a uniquely global organization in that it is highly decentralized. Regional PI Associations (RPAs) exist in dozens of countries, and are completely independent. However, membership anywhere in the world entitles participation in the standardization processes noted above. Competence centers, training centers and test labs all create an ecosystem in which the technologies can thrive.

Availability
Organizations define procedures to develop specifications that can be implemented under fair terms. That might mean open source, where licensing agreements are employed. Or it could mean royalty-free. In other cases, they might follow FRAND (fair, reasonable and non-discriminatory) terms. The Profibus and Profinet standards are available to all from the International Electrotechnical Commission (IEC). Patents cover some PI technologies, but we make them available per FRAND guidelines. Note: It is not uncommon for even IEEE specifications to be covered by patents; for example, IEEE 1588 uses patents from Intel.

Voluntary adoption
For a standard to be truly open, the market—where adoption is voluntary—must determine its success. We are very proud of the adoption of Profibus. It is far and away the most installed fieldbus on the market. The industrial automation market was free to choose its network during the fieldbus wars of the 1990s. That choice is now clear. We expect Profinet to see the same adoption that Profibus did. In fact, 2015 was the first year more Profinet nodes were installed than Profibus nodes. And it’s not as if Profibus is going away, it’s just that users are adopting industrial Ethernet and Profinet at an exponential clip.

S-curves
If you are familiar with innovation, you have probably heard of S-curves. This is the concept that, as a technology matures, it slowly provides more value and then quickly accelerates up a hockey-stick growth path before leveling off. Meanwhile another disruptive technology is lurking behind the scenes that, initially, doesn’t provide as much value as the current state of the art. This is the case until that new disruptive technology undergoes its own exponential growth and becomes the new standard. This type of innovation is impossible without open standards.

This is exactly the kind of innovation we are seeing in the Industrial Internet of Things (IIoT) space. In the context of Industry 4.0, this path becomes even clearer. The first industrial revolution was driven by hydraulics and pneumatics. The second saw networking via electrical signals. In the third, we see the rise of digital communication. Now, in the fourth industrial revolution, analytics and Big Data collected via increased connectivity are being driven by open standards.