After 20 years of development, Los Alamos National Laboratories is licensing cybersecurity technology based on quantum systems. If implemented on a wide scale, quantum key distribution technology could be the next frontier for truly secure industrial data systems. 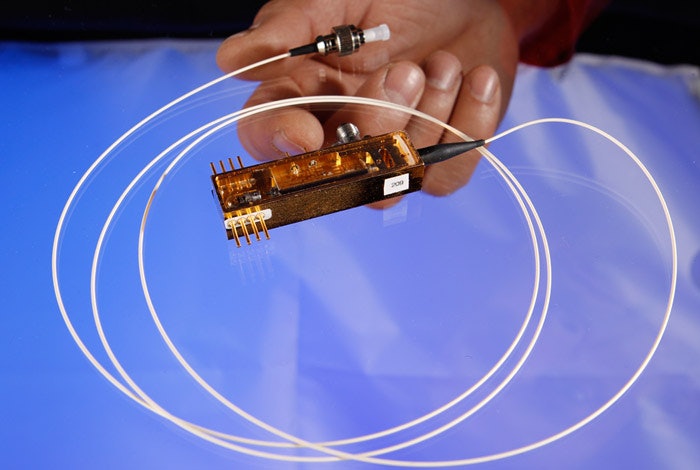 With industrial cybersecurity—or its lack—again in the news with word that a South Korean nuclear power facility had been hacked, now is probably a good time to mention some good news from Los Alamos National Laboratory, the U.S. national-security science laboratory.

In September, the laboratory signed the largest information technology agreement in its history, enabling a new method of secure data encryption to move into industrial and commercial use. According to Duncan McBranch, chief technology officer at Los Alamos National Laboratory, “Quantum systems represent the best hope for truly secure data encryption because they store or transmit information in ways that are unbreakable by conventional cryptographic methods.” By harnessing the quantum properties of light for generating random numbers, and creating cryptographic keys with lightning speed, the technology enables a completely new commercial platform for real-time encryption at high data rates, he said.

Moreover, any attempt by a third party to eavesdrop on the secure communications between quantum key holders disrupts the quantum system itself, so communication can be aborted and the snooper detected before any data is stolen, McBranch added.

A licensing agreement with Whitewood Encryption Systems, Inc. “is historic in that it takes our groundbreaking technical work—that was developed over two decades—into commercial encryption applications,” said McBranch. “For the first time, ordinary citizens and companies will be able to use cryptographic systems that have only been the subject of experiments in the world’s most advanced physics and computing laboratories for real-world applications.”

A small device (shown) uses the truly random spin of light particles as defined by laws of quantum mechanics to generate a random number for use in a cryptographic key. “Because the randomness of photon polarization is based on quantum mechanics, an adversary cannot predict the outcome of this random number generator,” said McBranch. “This represents a vast improvement over current ‘random-number’ generators that are based on mathematical formulas that can be broken by a computer with sufficient speed and power.”

Whitewood Encryption Systems, in Boston, is a wholly owned subsidiary of Allied Minds. The agreement provides exclusive license for several Los Alamos-created quantum-encryption patents in exchange for consideration in the form of licensing fees.

“Whitewood's foundation in quantum mechanics makes it uniquely suited to satisfy demand for the encryption of data both at rest as well as in transit, and in the mass quantity and high-throughput requirements of today’s digital environment,” Serafini added.