Delphon hires the Rapid Machine Operator from Rapid Robotics to improve production in its TouchMark and Gel-Pak operations.

Through its TouchMark business, Delphon (a Hayward, CA-based manufacturer) provides high quality, precision pad printing services to the medical device and electronics industries. Pad printing is a printing process that can transfer a 2D image onto a 3D object. The company’s cleanroom manufacturing facility enables it to handle prototypes ranging from small clinical trials and engineering lots to large production volumes.

Like most manufacturers today, Delphon has been finding it difficult to find machine operators for its production operations.

“Recruiting operators has been next to impossible. It only got harder once the pandemic hit,” said James Garner, director of TouchMark’s manufacturing operations.

In response, Delphon has been looking to automate various aspects of its production operations for some time now. The problems Delphon encountered in its mission to automate were multiple: the robotics systems the company investigated all cost too much, took too long to install, or delivered too little value.

“TouchMark had considered robotic automation in the past, but the ROI never made sense,” Garner said. “Other cobots (collaborative robots) worked at the same rate as a human operator, needed constant supervision, and came with a big sticker price. Choosing one of these cobots would mean that TouchMark’s labor costs and throughput would have stayed the same, while its capex would have increased.”

Despite its lack of success finding suitable robotic automation technologies for its operations, Delphon continued its search and found the Rapid Machine Operator (RMO) from Rapid Robotics to be different. A key factor for Delphon is that RMOs with built-in computer vision and pre-trained artificial intelligence to operate the kinds of machines TouchMark used could be hired for $2,100 per month.

With two RMOs doing the work of five Gel-Pak operators, the company is saving $20,400 per month, and the operators were redeployed to other activities.

Garner noted that the RMOs took only a few days at most to set up and needed only light supervision from an operator who could work another machine at the same time.

TouchMark put the RMO to work on a task it had been running the same way for 30 years—applying pressure-sensitive adhesive to semiconductor packaging. With the RMO successfully automating this procedure, TouchMark brought in another RMO to work a pad printer alongside the first RMO.

“Production became less expensive and more consistent,” said Garner. “TouchMark’s RMOs worked at the same rate, hour by hour, day by day. That steady pace proved invaluable during the pandemic when other manufacturers were struggling to staff their machines.”

Prior to the RMO deployments, an operator was assigned to each pad printing machine. Now, one employee can supervise both RMOs while operating a third machine at the same time. The other two operators were redeployed elsewhere in TouchMark’s operations . With the two RMOs in place, TouchMark was saving $15,640 per month.

Based on the success of the RMO at TouchMark, Delphon began using the RMO at its Gel-Pak facility, which manufactures containers and films to protect electronic materials and components. Gel-Pak uses the RMO to clean molded parts with an ionized air knife prior to assembly. With two RMOs doing the work of five Gel-Pak operators, the company is saving $20,400 per month, and the operators were redeployed to other activities.

Speaking to the value that robots-as-a-service has brought to Delphon’s operations across two of its divisions, Philip Haseltine, vice president of Delphon’s manufacturing operations, said, “If you don’t have a massive engineering staff and you want to start saving immediately, this is the business model for you.”

Garner added, “We don’t have a ton of engineering resources. We don’t have any robotics engineers or software engineers. For us, the RMO was an easy, quick, and incredibly rewarding entry into the world of robotics.” 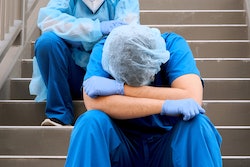 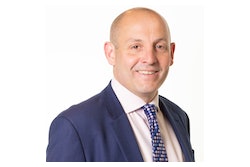 A Pharmapack Europe 2022 Preview: The Future of Medical Devices