Omron’s new HD-1500 mobile robot is guided by sensors and laser technology to move safely around production environments to pick up and drop off materials and products.

In her presentation, Cramer explained the difference between autonomous mobile robots (AMRs) and autonomous guided vehicles (AGVs). Cameras used with AMRs enable them to navigate a facility without the need for facility modification (such as floor guides or tracks). She said that AMRs can also safely avoid obstacles without stopping through their use of cameras and sensors. When traditional AGVs encounter obstacles, they may stop or stall until the obstacle has been removed.

“The HD-1500 is specifically designed for industrial environments and allows for the movement of large payloads while reducing the need for forklifts,” Cramer said. “Typical applications include high-payload transporting of materials or finished products such as wrapped pallets, modular equipment, and subassemblies to and from the warehouse or from one location to the next.” 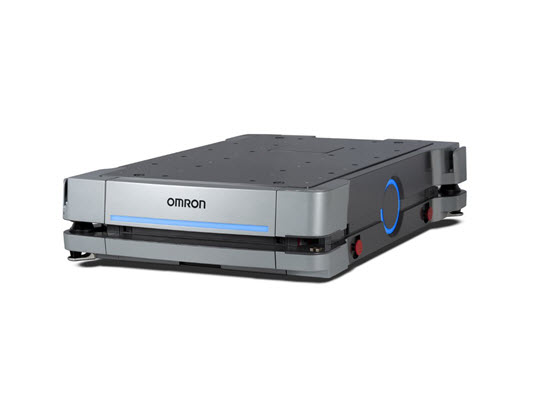 The HD-1500 autonomous, intelligent mobile robot can handle payloads of up to 1500kg.Cramer added that the HD-1500 can also help reduce the potential spread of contaminants or pathogens due to operators no longer needing to move from one station to the next.

The robot can operate for up to nine hours loaded or 12.5 hours unloaded and can be fully charged in less than 40 minutes.