Ethernet at the Sensor Level 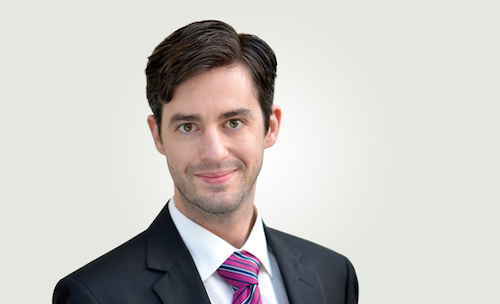 Over the last decade, the adoption of Ethernet-based industrial networks has grown rapidly. While traditionally used to collect multiple inputs and outputs from the field level into the controller level and above, there has always been a desire for more data—even all the way down to the sensor level.

This need for more data helps explain the exponential growth of technologies like IO-Link. The familiarity and transparency of Ethernet has long been appealing for use at the sensor level to avoid protocol conversions and gateways. But Ethernet never made sense for use at this level because the costs and resources of an Ethernet interface were prohibitive for inexpensive sensors.

But what happens if Ethernet becomes less expensive and resource intensive to implement?

Single pair ethernet
As of November 2019, IEEE has standardized Single Pair Ethernet (SPE) under 802.3cg-2019, also known as 10BASE-T1L. Now it’s only a matter of time before chips appear on the market that are able to communicate via this physical layer (PHY). With other industries outside of factory automation interested in SPE, it is expected that economies of scale will drive down the cost of these chips. For example, SPE could be very attractive to the building automation market. With the advent of self-driving cars and infotainment systems, in-car automotive could be another viable market.

So, if the cost of an SPE interface can be reduced to a point where it makes sense to install even at the sensor level, new worlds begin to open up. From a factory automation perspective, the beauty lies in Ethernet’s ability to transport multiple protocols, each suited to their task. For example, lightweight protocols like Profinet could be used to exchange I/O data while other protocols, like OPC UA or MQTT, could simultaneously be employed to publish data to a broker that decides its relevance and where to route it.

Advanced physical layer
Unfortunately, those new worlds based on just SPE are mostly limited to factory automation applications. In process control applications, where hazardous environments commonly exist, SPE is no better than today’s standard 4-wire Ethernet. To create a solution for these situations, the IEC is working on an intrinsically safe version of SPE known as Advanced Physical Layer (APL). It is being formalized under IEC 60079-47, also called 2-WISE (2-Wire Intrinsically Safe Ethernet).

While the benefits of Ethernet previously mentioned (transparency, simplicity, familiarity) still apply, the big appeal here for the process control industry is bandwidth. Even 10Mbps (the speed at which APL will run) is orders of magnitude beyond any other communication method instruments use today. And instruments today, having become much more feature-rich in the last decade, now have a lot to say as they produce ever increasing amounts of data.