Robots are often welcome on the factory floor to do some heavy lifting or to perform high-speed pick and place activities on production or packaging lines. But sometimes robots get a bad rap, like when people think they’ll be replaced by these moving machines.  So when start-up  MusashiAI, a joint venture between SixAI Ltd. based in Israel and Musashi Seimitsu of Japan (a Honda Motor Corporation affiliate company), launched a robot employment agency, alarms went off. Does this mean machine operators will soon lose their jobs?

Well, yes and no. Some people in the factory may be displaced, but the goal is to give the robots the rigorous, repetitive tasks and redeploy their human counterparts to more value-added jobs.

“Our mission is to redistribute human labor, not take it away and make people redundant,” said Ran Poliakine, co-founder of MusashiAI. “The goal of the joint venture has always been to work towards our vision of Industry 4.0, where human workers do human jobs and are not trapped in manual industrial jobs.”

The robot employment agency is actually a robots as a service (RaaS) business model that gives industrial manufacturers the option to source needed labor instead of investing significant capital in purchasing the robots. Robot labor is charged by the hour or on a task-completed-based salary.

And in this case, the robot employees for hire are the company’s autonomous Visual Quality Control Inspector and the autonomous Forklift Driver coupled with an artificial intelligence (AI)-enabled mobile robots fleet management system, all of which MusashiAI officially rolled out in July.

Human workers have traditionally been relegated to do visual quality control inspection of final industrial products because robots have not been able to surpass or even match the human ability to detect and identify surface defects quickly and accurately.  But MusashiAI’s autonomous robotic in-line visual quality control inspection system uses state-of-the-art image processing and a deep learning algorithm for rapid “new parts” learning. 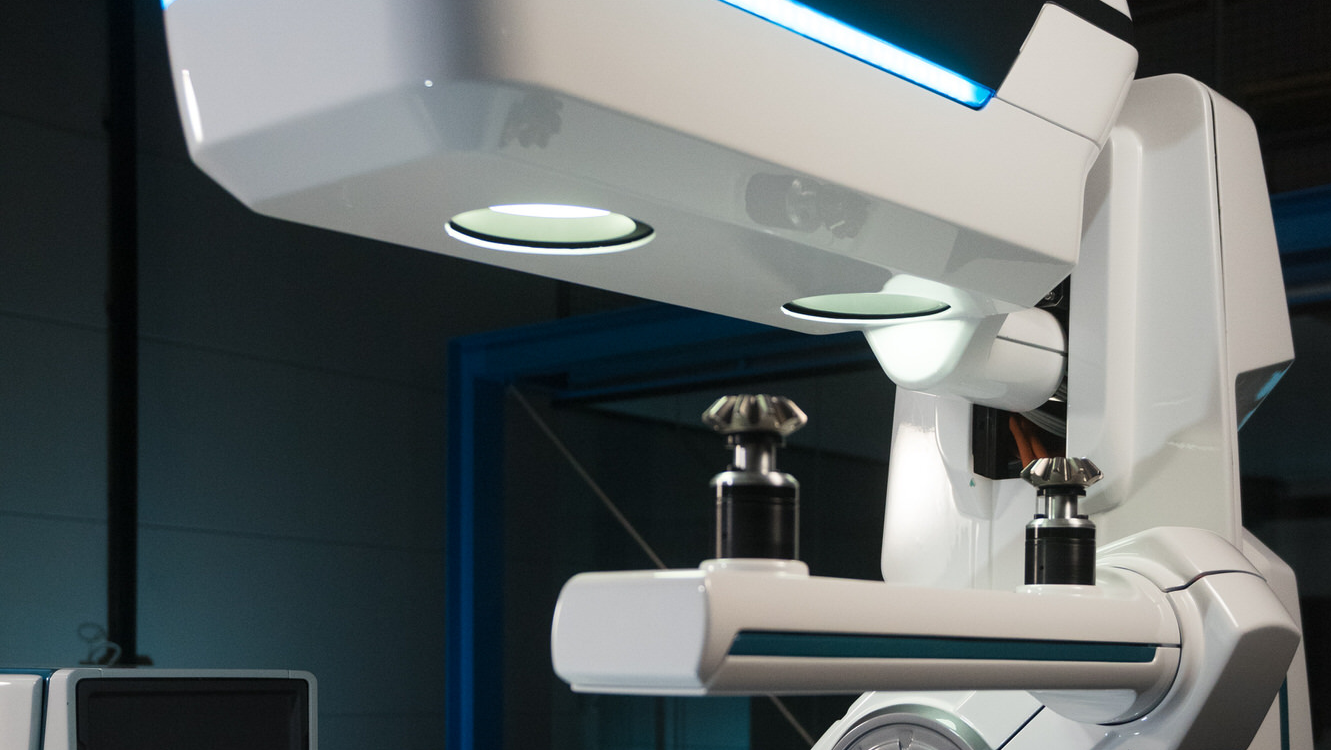 “We believe that we are one of the first to bring to market autonomous AI robots capable of out-performing human workers in speed and accuracy in detailed visual inspection,” Poliakine said. “Most visual inspectors look at large geometric defects, our robots are capable of detecting surface level defects as small as 50 micrometers.”

In addition, the autonomous forklift holds up to 1,500 kg load capacity and continuously self-optimizes.  It navigates the warehouse or factory floor using MusashiAI’s proprietary fleet management system which employs sophisticated perception and decision-making software in combination with inexpensive industry-standard HD cameras. “Our robotic forklift driver comes with an advanced fleet management system which uses AI to predict accidents or obstacles before they happen,” Poliakine said. “These drivers are safer than human drivers and bring massive efficiencies to the factory floor at very little cost, because their hardware is not expensive at all – it’s all done by the software.” 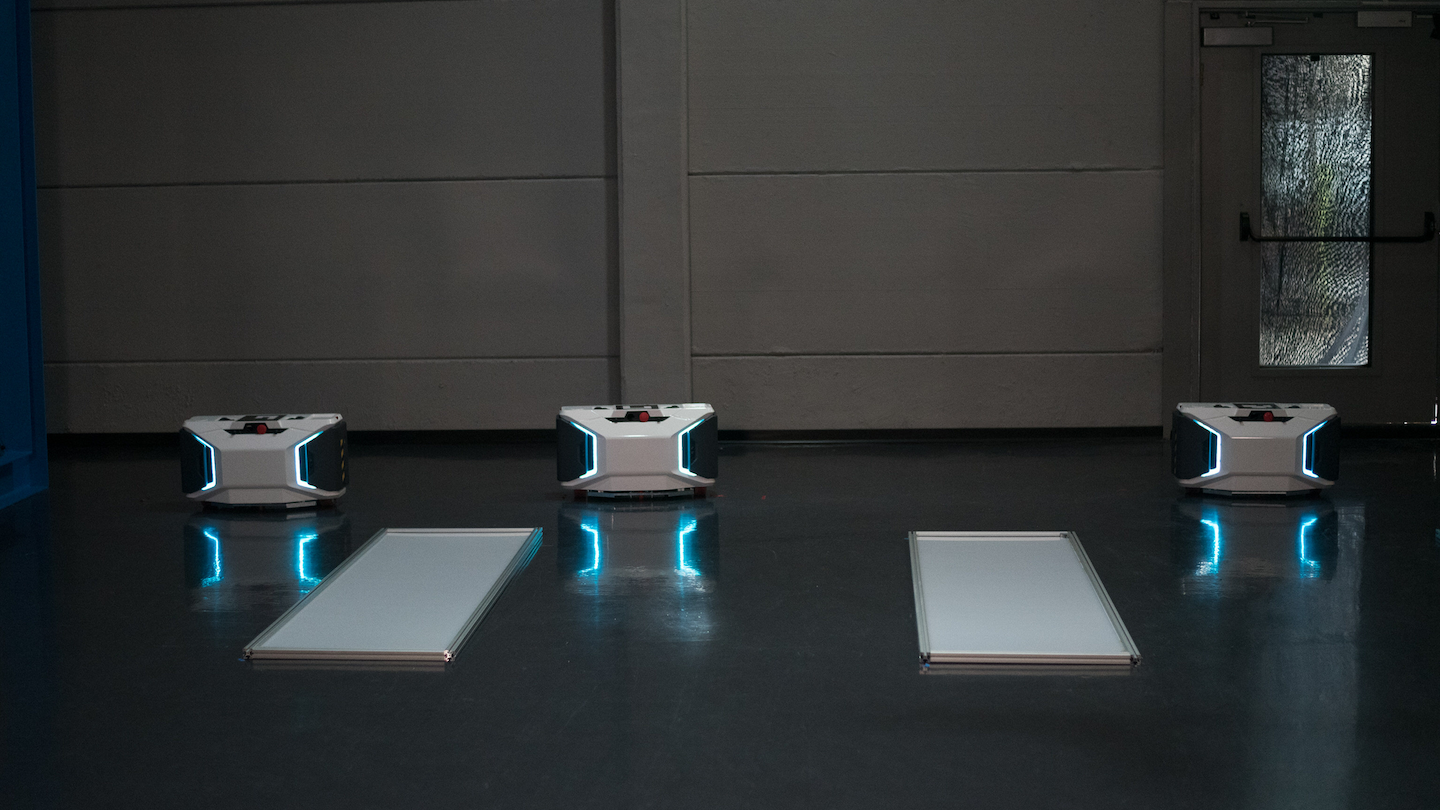 The autonomous forklift navigates routes between human workers through a unique technology that combines cameras with a “birds-eye,” control tower view of the factory floor and a central processing unit. The majority of traditional fleet management systems rely on costly cameras and sensory equipment on the body of the driver. “We took a ‘distributed organs’ approach with our drivers: the eyes are industry standard HD cameras which survey the factory floor from above, and link to our AI management system that processes the information and directs the forklift drivers away from potential accidents or obstacles,” said Poliakine.

Live trials of the robot technology were announced in December 2019 in Musashi Seimitsu’s factory. According to the company, in under 6 months the results of the trials have exceeded expectations and overcome technological barriers known in the autonomous industrial robotic market.  For example, the MusashiAI robots require a small sample of ‘good’ quality parts and can learn to identify a ‘good’ part from a ‘bad’ part in a couple of hours – just like a human does. This is a major advance in AI learning models, Poliakine said.

Smart Business When You Have to Social Distance

Aside from relieving people from performing monotonous and tedious tasks, the autonomous robots are gaining traction due to the social distancing rules resulting from the COVID-19 pandemic.

In addition to its initial commitment with advance payment of $10 million, Musashi Seimitsu is willing to expand the deployment of MusashiAI’s autonomous quality control inspectors and autonomous forklift drivers in its factories globally, subject to the company meetings certain development milestones. MusashiAI has also secured a proof of concept (POC) for their autonomous Quality Control Inspector with one of the world's largest bearing manufacturers. In addition, MusashiAI will conduct three POCs for the autonomous Forklift Drivers and central management system with leading Israeli retail and fast-moving consumer goods (FMCG) groups starting in Q4 this year. These agreements will be the first times the robots are being tested outside of the Musashi Seimitsu group.

“Globally, nearly 30 million people work in grueling visual inspection jobs. Many of these people suffer chronic health conditions from this work, such as carpal tunnel syndrome. No doubt a large number of them have been furloughed because many industrial settings are unsafe now due to the coronavirus. These people are not key workers, but what they do is essential,” Poliakine said. “Businesses will need their final products inspected, and we are offering the world a solution which can shield employees from this deadly virus and the chronic health problems associated with their work, [as well as] the major economic danger of stalling business for much longer.”

In addition, it’s a relatively risk-free business move Poliakine noted. “These robots are designed with people in mind – the vision is that they integrate easily onto the production floor where there will still be some human workers, but release other workers from this particular drudgery. They are friendly looking and easy to deploy wherever they are needed. Our OpEx model means clients can deploy robots when and where they need them, without extensive CapEx.”

Robots at Your Service

Robots vs. Humans in Smart Manufacturing

Turning Out the Lights on the Factory Floor