Sustainability and the Economy

In the circular economy there is a growing need for durability in product packaging. Not only could a model of packaging reuse help the environment, but, when done right, it could also be financially effective for manufacturers. 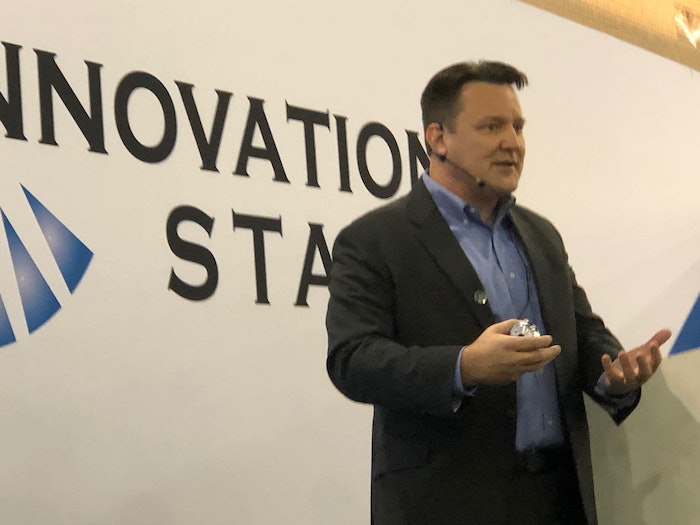 The term “circular economy” is gaining traction as of late, as people around the world realize the linear economy of take, make, dispose—which for decades has been a mainstream mindset for many people—has created a massive amount of waste that is destroying the environment. The circular economy is a closed-loop system that regenerates resources through reuse, refurbishing, and recycling.

Of course, recycling is a popular approach, but, unfortunately, it is not making much of a difference. Of the  267.8 million tons of municipal solid waste (MSW) that was generated in the U.S. in 2017, about 94 million tons were recycled and composted, equivalent to a 35.2% recycling and composting rate, according to the Environmental Protection Agency (EPA).

That doesn’t make a dent at the dump.

“In the 1970s we recognized the problem of pollution…but we haven’t been successful in decades,” said Tim Debus, president and CEO of the Reusable Packaging Association (RPA), who was presenting on the Innovation Stage at PACK EXPO East in Philadelphia. “It’s been a 50 year effort of recycling and we are not at the point where it is an effective way to manage waste.”

Debus points out, too, that packaging makes up 30% of the total solid waste—and only 3% of that packaging is reusable. As a result, there needs to be a drastic shift in the way we package and reuse products in the circular economy. For that, he points to a need for the durability of materials to ultimately drive efficiency in a zero-waste system.

The “throwaway lifestyle,” in which consumers buy single-use products that they ultimately dispose of, means that manufacturers are making products with low cost goods. While it may seem like a good economic model for manufacturers, in reality, a circular system that uses durable materials will provide a more positive long term payback.

“The circular economy is not [only] a sustainability model, it is an economic model and a way of doing business and managing resources,” Debus said.

The three components of the new circular economy include:

·     Designing waste out of the system by creating continuous use of materials.

·      Maintaining the value of products at the highest level possible.

“Durability should be one of the leading design components of products and of the system in which products are used. Collaborating with supply chain partners needs to be a part of the design as well,” Debus said.

An example of this is the TerraCycle Loop model. Loop provides beautiful, counter-worthy containers that can be refilled over and over and conveniently delivered to the consumer’s door. The company has partnered with some of the biggest consumer packaged goods (CPG) companies, and developed a subscription-based home delivery service where the packaging from food and household goods doesn’t get thrown out or recycled, but reused.

Clorox wipes, for example, are delivered in a stainless steel container vs. a plastic container. Not only does it look nice—and can be displayed on the countertop—but it is designed for reuse.  When empty, the durable canister is placed in a Loop tote to be picked up and sent back to a cleaning facility and then refilled.  So, it is functional, a little fancy, and actually financially effective for manufacturers.

According to Debus, reuse pays back repeatedly over time.  For example, if a company with one million shipments per year designs a durable container for reuse, they can get perhaps six uses out of that container per year. The idea being that every other month it is returned back to be refilled and shipped forward. So they don’t need a million containers. In this scenario they need about 166,000 containers that can provide one million uses—which results in a significant amount of cost savings—especially if the container is designed to last 10 to 20 years.

There are other factors in play here, as well, such as new government regulations like the Extended Producer Responsibility (EPR) policy. EPR shifts responsibility back to manufacturers to clean up the wastes produced from their products and packaging after the consumer is through with them. “What we’ve been doing as an industry is packaging boxes and away it goes—the cost is off of my books. But someone else is picking up the cost, like municipalities. There is no market for that anymore,” Debus explained. As a result, the U.S. is picking up on the same EPR rules that are popular in Europe, and which we are seeing a little bit already in the U.S. for carpet, chemicals, and car batteries. But these takeback programs will soon focus on packaging.

Manufacturers are no longer absent from responsibility, Debus said, which makes the circular economy based on durable containers even that much more appealing.

*PMMI Media Group editors have purchased carbon credits through cooleffect.org to ensure any flights we take to cover events in 2020 are carbon neutral.

Since OEMs also serve manufacturing clients who are themselves vulnerable to cyberattack, there are a few extra considerations to be aware of with regard to cybersecurity.
Kim Overstreet
May 18th, 2021
More in Home