A potential revolution could be coming to the world of wearables with the introduction of a technology that enables the control of devices via thought. 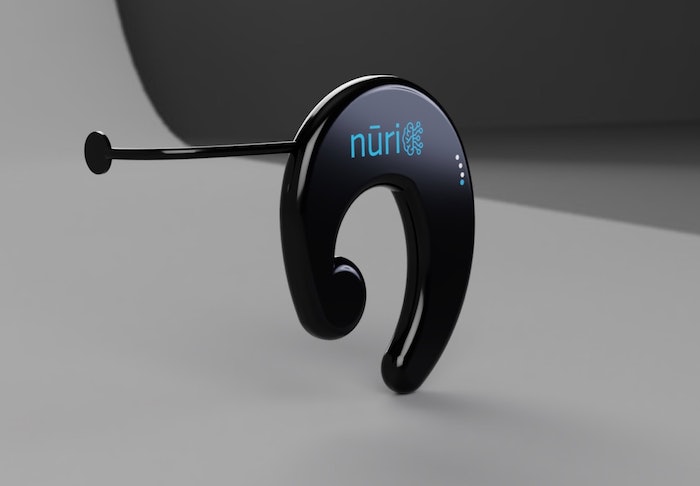 We’re all becoming very familiar with the wearables trend. On the consumer side you’ve got everything from the Fitbit to the Apple Watch. On the industrial side, it ranges from augmented-reality-enabled glasses and headware to sensors for low-voltage motors to exoskeletons.

To date, these technologies have been designed to make it easy to access information about the devices users interact with, or as a way to receive data sent by co-workers or directly from smart instruments. The announcement of a new wearable technology to be released next year is set to change our perceptions of wearable technology.

The announcement I’m referring to relates to the forthcoming release of nūrio—a device worn on the ear to connect users to devices via brainwaves. According to the company, nūrio is the world’s smallest wearable consumer EEG (electroencephalogram) device that slips over the ear like a headphone and provides consumers with app- and cloud-based command capabilities to control any IoT-enabled device integrated on the nūrio cloud.

Nurio does not require voice commands, as it operates in response to the user’s brain waves. The wearable device streams data collected from users’ mental activity via Bluetooth to any smartphone using the nurio mobile app. 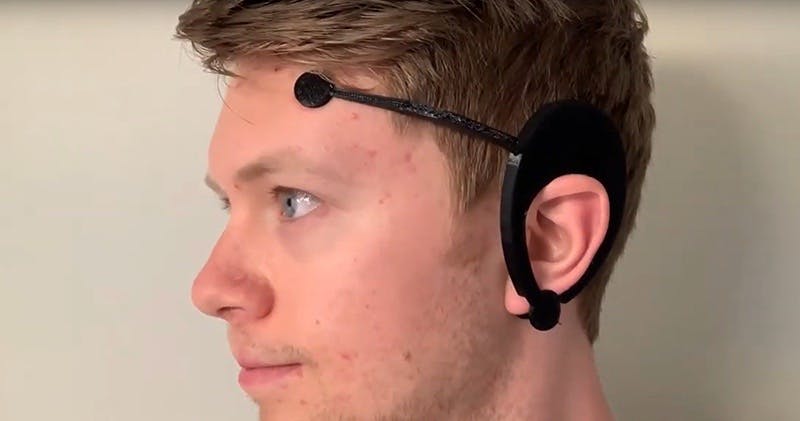 Ian Rowan, CEO and founder of nūrio, wearing the nūrio.Source: nūrioIan Rowan, founder and CEO of nūrio, explains that the company’s technology is able to direct action on an IoT device by processing brainwaves using proprietary data and artificial intelligence (AI) algorithms that map three-second clips of brain wave data to a device and the desired action in the user’s set of device/action [scenarios]. The back-end then executes the configured web request to the IoT device.

A connected device thought can be triggered using the app by tapping a button on the app or by two long blinks of the eyes, says Rowan, adding, “The user can then think of the device they wish to control.”

He notes that connected devices can be configured to confirm actions directed by the user’s thoughts, such as: "Are you sure you want to set the oven to 500?" The user can confirm these prompts with blink gestures, for example, blink twice to confirm.

Explaining further how nūrio interprets thoughts into action, Rowan says users can add devices made available from IoT developers to their profile in nūrio. “Once added, users are prompted to record thoughts of this device in one-minute intervals—the more time spent thinking about the device equals more accuracy. These data points are used to train the user’s custom AI system. The next time the user wishes to command the device, their thought will be categorized into the most probable category in the set of all added devices.”

According to Rowan, IoT devices require no specific nūrio software, as nūrio sends data to configured endpoints for IoT devices specified by the developer. “This is the same approach as Amazon’s Alexa Skills,” he says. IoT device developers configure actions via web services that accept requests from and send responses to the configured devices.

If you’re unfamiliar with Alexa Skills, it is a set of actions that can be performed by Amazon’s Alexa virtual assistant. Alexa is directed by voice commands from the user to Amazon Echo and the Amazon Echo Dot smart speakers, allowing users to stream music, control smart devices, check bank balances, order products, etc.

Essentially, nūrio is taking the voice command capabilities of Alexa Skills and enabling it to be performed with brain waves for any IoT device—not just those owned by or connected to Amazon’s Echo devices.

Though initially intended for home automation consumer applications, Rowan also sees nūrio being applied in industry. “Nūrio is designed for any IoT application,” he says. “While the initial push is for home/consumer use, industrial applications are being considered. The initial push into the consumer market will allow for faster device adoption and data for more accurate predictions.

Some of the industrial applications being considered at this point include controlling machinery hands-free and operating computers at distances.

Protolabs, a manufacturer of custom prototypes and on-demand production parts, helped injection mold the plastic casing of the nūrio device. Moving forward, nūrio will also work with Protolabs to produce its electrodes via CNC machining once the design is complete.

“We’re entering a new era of leveraging the mind to control the connected world, no matter a person’s physical abilities," says Rowan.