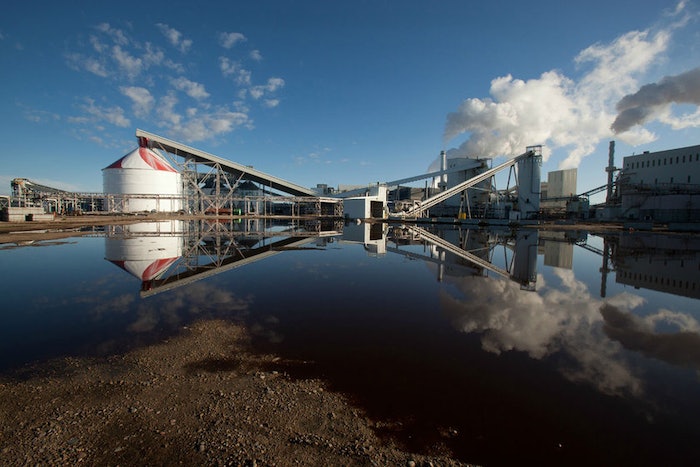 Continuous improvement projects take on a variety of shapes and sizes, but Industry 4.0 technology is now providing many manufacturers with the ability to find production efficiencies previously not attainable just five years ago. Advanced analysis of Big Data promises increases in line efficiencies and significantly reduced downtime for all types of production environments.

For years, a key challenge on the production line has been rating the trona ore and avoiding a high percentage of insolubles in the material that can stop processing to the tune of $720,000 a day. Before implementing process modeling software, the mining company had no way of knowing the ore grade (its insoluble level) in real time. Instead, samples were taken each morning and night and tested offline.

“The last phase in the processing line is the [Metso] Vertimill, a huge piece of equipment,” says Crick Waters, senior vice president of customer success at Falkonry. “The Vertimill is a couple of stories high and rotates steel balls to grind the insolubles into powder.” Ciner identified the Vertimill as the critical piece of equipment impacted by the material's natural variation and the essential component to increase production volume for the processing line.

The mining company applied Falkonry’s multivariate time-series pattern recognition technology to predict ore grade in real time based on patterns from data streams that represent the process or asset conditions. “The software started by recognizing patterns from the company’s data historian. By comparing the patterns discovered by the LRS platform with known lab measurements, the platform created a model of ore grade,” Waters says. “Ciner labeled the patterns with numeric values for ore grade to produce a continuous ore grade monitoring and prediction system.”

The challenge in modeling ore grade is the complexity of interaction between signals and also the difficulty of inferring ore grade in real time by recognizing patterns occurring across a set of metrics, according to Ciner. The modeling works by selecting a set of entities—elements in the process historian—and signals for a desired pattern. Then the software creates a single entity focused on the processing line and seven signals (PI attributes) that correspond to motor currents, temperatures and valve settings on the trona ore processing line. From there, the software user identifies a slice of historical data with examples of downtime events and the modeling software creates a new PI attribute/tag to hold the assessment results.

Both programs—PI and Falkonry—have their software development kits (SDKs) that create simple IT customization for system-to-system communication via application protocol interfaces (APIs). Falkonry provides a PI Agent that enables integration between the systems. The assessment results or library of patterns are easily updated if the plant conditions change or old patterns are no longer recognized.

With library patterns in place, real-time recognition of trona ore grade makes its way to operators via dashboards in the field. As ore grade moves into processing, the modeling system returns a value of ore grade that is used by the mining company in subsequent calculations and ultimately provides a control band for operators.

“The advanced process modeling output is fed back into the PI system and then delivered to operators in a direct display,” Waters says. Ciner’s PI Vision panel for operators charts the advanced process modeling, but it also identifies the calculated value. With plant-level visibility, line operators can control the speed of throughput as a function of ore grade and moderate throughput to the Vertimill as needed.

That’s important because Vertimill downtime costs are $30,000 per hour. Before the advanced modeling and monitoring, outages were happening twice a week, according to Ciner. The advanced process modeling system has been in place for more than a year, taking about six months to refine the control and ore grading calculations.

Ciner received ongoing guidance from Falkonry throughout the project, but the majority of the project implementation was done by the company’s IT administrator, who also oversaw the PI server. With this system in place, the natural soda ash supplier doesn’t need a data scientist on staff, and an in-house process engineer fine-tuned the model during implementation.